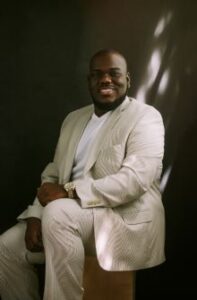 But whether the faces of the state’s representatives in Indianapolis and in Washington, D.C., will better reflect that growing diversity depends on what the GOP-controlled Indiana General Assembly does over the next few weeks to redraw the boundaries of Indiana’s state legislative and U.S. House districts.

Based on what happened when the Republicans controlled the map drawing after the 2010 Census, and the similar process they have outlined for the 2020 Census, the focus seems to be more on maintaining the partisan advantage created by the 2011 maps. One study found the districts created then to be among the most gerrymandered of any state.

If that is what happens this year, then the gap between the representatives and the represented in the state will grow. The result, some believe, will be a further increase in political conflict, a decline in trust in political institutions and in participation in the process, and an overall weakening of our democracy. Indiana consistently ranks in the bottom 10 of states for voter turnout.

“I hate to paint a very gloomy picture, but I do think that American democracy is at a very fragile place and the fragility of this democracy rests on the question of how citizens view political institutions,” said Emmitt Riley III, associate professor of political science and Africana studies at DePauw University in Greencastle, Ind.

“This threat that we see manifesting itself … a lot of it boils down to the question of representation,” Riley said, “What does our government look like?

Riley also sees a repeat of a phenomenon identified in a seminal 1949 book called “Southern Politics in State and Nation” that argued that an increase in minority population leads to greater white hostility.

“We’ve studied this to suggest that in areas where there are an increased minoritized population, we typically see white voters voting more conservative,” Riley said.

And the increase in minority population is striking.

About one of four of Hoosiers are minority, according to the 2020 census. The number of minority citizens has nearly doubled since 2000.

And the people representing this rapidly diversifying population?

The representation gap is likely even greater than the 2020 Census numbers show because historically minorities have been undercounted.

William O’Hare, a longtime expert on Census data, testified in a 2019 lawsuit brought by Hispanic groups against the Trump administration challenging their plan for the 2020 census. In his written testimony, O’Hare cited research showing that the rate at which people voluntarily return their census forms can be a proxy for underreporting.

Qaddoura, an Arab Muslim, said it undermines the state’s ability to attract a diverse workforce which leaves Indiana “regressing and not competing on a national level.”

In addition to race, the other major trend that map drawers will face is the decline in rural Indiana and the shift in population to suburban and urban areas.

In fact, the 11-county central Indiana metro area, including Indianapolis, Carmel and Anderson added 223,163 residents between 2010 and 2020, or nearly three-fourths of the state’s entire net population gain.

Andrew Downs, associate professor of political science at Purdue University Fort Wayne, said the shift creates a challenge for the rural interests who have wielded great political power in Indiana.

“Will they lose influence or will they change their approach?” Downs said of rural interests.

Those, like Majorie Hershey, professor emeritus of political science at Indiana University in Bloomington, who see Indiana’s political boundaries as clearly drawn to diminish the power of Blacks and other minorities, point to Monroe County as an example.

The county is carved up among five state House districts and two state Senate districts.

“Well, that’s called cracking, taking where the minority party is dominant, and breaking it up into as many districts as possible,” Hershey said. “If you were to have Monroe County split among two state House districts, there will be the chance for Democratic candidates to win or at least be competitive in both of them.”

Hershey said that while Hoosiers may share common interests at a certain level, such as having safe communities, different groups will support different policies to achieve those goals.

“Do we, for example, get to a safe community by having larger and better funded police force, and locking up as many people who might be thought to have criminal characteristics as possible?” she said, “Or, do we get to a safer society by emphasizing opportunities for all people, and providing remediation and help for people who are having difficulties so that they do not turn out to be as likely to commit crimes?”

“Many of our issues don’t advance in the Indiana General Assembly, because we are underrepresented,” said Rima Shahid, executive director of Women4Change. The nonpartisan group has been pushing for fairer maps and commissioned the study released last month that found the high degree of gerrymandering in the 2011 maps.

If the growth in the minority population continues on the same pace as it has for the past 20 years, by 2040 about 42.5% of Indiana’s population will be minority.

But it is the current situation that requires a response from the Indiana General Assembly, said Hershey with IU.

“It’s pretty clear the bottom line here is that a democracy is supposed to permit popular control of the institutions of government,” she said. “When you systematically give more of that control to one group of people than another, you can assume that the interests of that part of the population that has been given control will be much better represented.”

Added Rudensky with the Brennan Center: “Our country was founded on the principle that our legislators and Congress should reflect the people; that there be a close connection between policymakers and the people who have to live with the policies.

“Where redistricting doesn’t capture the evolution of the population and the changes that are occurring, the principle is subverted and there are all sorts of negative consequences that come with that,” he said.

“People are less engaged in political life, in public life. People are disconnected from their government and representatives, and that leads to an overall degradation of our democratic systems.”

Bill Theobald is a veteran Washington, D.C., -based journalist who most recently worked in the USA TODAY Washington Bureau and for the nonprofit news website The Fulcrum, which focuses on democracy reform efforts. He was a reporter and editor for The Indianapolis Star from 1990 to 2005.

Janet Williams recently retired as executive editor of TheStatehouseFile.com at Franklin College. She formerly worked in corporate communications for Cummins Inc., and as a reporter and editor at The Indianapolis Star.