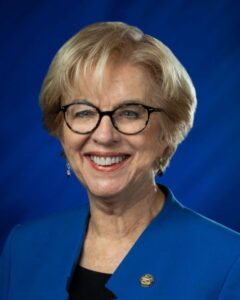 Earlier this month, I and my fellow members of the House Elections and Appropriations Committee attended public redistricting hearings across the state of Indiana and listened as hundreds of Hoosiers called for the same thing: fair maps.

In a time when politics and the pandemic have divided so many, it was inspiring to hear hundreds of Hoosiers unite and demand that the legislature implement a nonpartisan redistricting process. Republicans and Democrats alike shared their many frustrations, including the fact that many of their communities were split up like jigsaw puzzles.

Legislators cannot truly represent the people if they do not know the people.

Counties like mine are split up to create safe districts and easy elections for the supermajority. There is no incentive to get to know the community or its people because the legislator doesn’t need their vote. They don’t have to put in the effort to get to know Delaware County because they have several other counties within their district to make up the difference at the polls. This has a ripple effect. The legislator doesn’t know or need to advocate for legislation and change that benefits the people so they support or oppose legislation based on their own biases or their own party agendas. This is how Indiana has seen extremely partisan policy, like the abortion reversal or permit-less gun carry legislation we saw in the 2021 Legislative Session. That policy always ends up costing Hoosiers, either through costly, taxpayer-funded lawsuits or further infringement of basic rights.

Hoosiers have made their voices heard. Now it is time to turn their words into action and draw fair maps.

Sue Errington (above), a Democrat, is a member of the Indiana House of Representatives from Muncie.