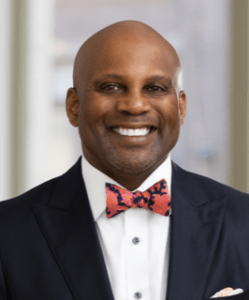 The following analysis was written by Alan Mills, a member of the Indiana Citizen Education Foundation board of directors.

America is changing. And Indiana, though a few steps behind, is changing, too.

This mirrors a similar change nationally, though the nation’s change is at an even faster pace. During the past decade, and for the first time in the 230-year history of the census, the nation’s white population decreased as the Black population and that of other minorities continued to increase, moving us closer to a time when no one race will be the majority.

A New York Times headline summed it up like this: “Census shows a nation that resembles its future more than its past.’’

But in Indiana, the question is whether our increasing diversity will be reflected in how we are governed – specifically, during the next decade in Indiana’s congressional delegation and in the Indiana General Assembly.

The 2020 census says 23% of Hoosiers are non-white, but only 11% of the members of the Indiana General Assembly are.

On Sept. 20, the General Assembly is expected to begin finalizing the congressional and legislative district lines that will remain in place for the next 10 years. That’s a far more important process than at first it might seem.

It is also far more complicated, involving terms like “cracking,” “packing,” “tacking” and “bleaching” that refer to the tactics that can be used to draw the lines in ways that weaken the voting power in communities of color and others in the party out of power.

The last time this process took place in Indiana was in 2011, using fresh census data from 2010 which also showed increased racial diversity in Indiana’s population. But in 2011, did the Indiana legislature redraw the district lines in a way that reflected the increasing presence of the state’s racial minorities?

Nationally, congressional districts in cities like Atlanta, Houston and Austin, Tex., have been cited as examples of the practice, but at the state legislative level, Indiana has a comparable example in Fort Wayne, the state’s second-largest city; its Black population of about 40,000 accounts for about 15% of the city’s total.

Its legislative district lines were drawn in 2011 through the heart of – cracked — Fort Wayne’s predominantly Black community, each taking in a small part of that community and then extending into surrounding suburban areas that are more populous, predominantly white and reliably Republican; an example is Indiana House District 85 which extends from the urban east side of Fort Wayne into rural areas around New Haven. Of the 12 legislators representing Allen County, only one is a Democrat and none is Black.

Looking to September, there’s speculation that the same process might occur on a bigger scale – in Indiana’s 1st Congressional District, held by Democrats for nearly a century and one of two Democratic seats in Indiana’s nine-member congressional delegation. Relatively low population gains in Lake County might provide an interesting target for cracking the 1st into two adjacent Republican strongholds, possibly creating yet another – throwing Indiana’s congressional representation from 7-2 to 8-1, far more out of balance than the two parties’ overall share of the popular vote would suggest, and sending a Republican to represent that area’s many communities of color on Capitol Hill.

“Packing,” on the other hand, consolidates supporters of the party out of power into as few districts as possible, thus keeping the legislators they elect to an absolute minimum. When residents of color are moved to reduce diversity to favor a white incumbent, the tactic is called “bleaching.

In 2011, there were 12 members of the Indiana General Assembly who were Black, a percentage less than that of the statewide Black population. That number of legislators, and the districts they represented, remained the same – some might say packed — until 2018, when a Black legislator was elected from Hammond, bringing the total to 13; in 2020, another Black legislator was elected from the Indianapolis Westside, bringing the total to 14, a percentage representation roughly the same as that of the state’s Black population. Both succeeded white Democrats.

And then there’s “tacking,’’ a practice best exemplified by Indiana Senate District 28, which extends from heavily Republican and predominantly white Hancock County into a relatively small portion of heavily Democratic Marion County, taking in some of the city’s most populous Black communities.

But because they’re tacked onto a much larger population with different needs and often competing priorities, the representation of those communities in the Indiana Senate is diminished; for the entire decade, the district has been represented by Republicans from Hancock County.

But there’s more involved than the raw numbers. Because they are all members of the Democratic Party, the 14 Black legislators in the Indiana General Assembly all belong to overwhelmingly outnumbered minority caucuses in both chambers. That means that none of them holds the committee chairs that determine the flow of legislation through a legislative session nor, because Republicans hold supermajorities in both chambers, even the leverage to block legislation they oppose by walking out.

In 2021, Black legislators introduced bills that would have required stronger investigation of the use of deadly force by police, stronger laws against hate crimes and a new approach to redistricting, setting rules that would make the process more nonpartisan.. None of the bills received a committee hearing, the first step to passage — a common fate for all bills sponsored by members of the minority party.

Meanwhile, supermajorities in both chambers pushed through legislation that curbed the authority of a governor of their own party to take action in a public health crisis that disproportionately affects communities of color, and stopped just short of passing one bill that would have put more handguns on the streets by doing away with the state’s permit requirements and another likened to the voter suppression passed in Georgia and still being pushed in Texas.

It’s also worth noting that all of this occurred in a legislative session marred by members of the supermajority in the Indiana House trying to shout down a Black legislator as he raised the possibility of racial discrimination in a bill involving the South Bend school system.

Simply put, the 2011 redistricting resulted in a decade of single-party control, increasing supermajorities and a legislature more conservative and more rural than the public it represents, passing laws that have run counter to the wishes of an increasingly metropolitan and diverse population.

So how did these supermajorities happen?

According to an independent study by George Washington University professor Christopher Warshaw sponsored by Women4Change Indiana, it’s no coincidence that they took shape in the first election held after the 2011 redistricting. Indeed, the study found Indiana’s redistricting was one of the nation’s clearest examples of gerrymandering, or the drawing of district lines to benefit one party over another.

And when members of the Black community are aligned so overwhelming with the party out of power, is there a real difference?

It’s recently come to light that the Indiana House Republicans who will steer the redistricting process in 2021 have hired an attorney based in Washington, D.C., and known nationally for his effectiveness in defending Republican-drawn maps in other states against court challenges alleging violations of the Voting Rights Act.

Republicans say he was hired to ensure that the state meets all the complex requirements under federal legislation. Their critics disagree.  But in the end, there’s one thing on which we all can agree: The process about to unfold in the Indiana General Assembly will shape the future of Indiana and its growing minority communities for the next decade and beyond. It will determine whether communities of color – and all Hoosiers – are governed by those looking to our past, or to our future.

Alan Mills is a prominent Indianapolis attorney, whose many honors, awards and appointments have included chairing the Indiana State Election Board.  The views expressed here are his own.