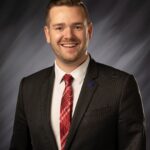 For two decades – and against increasing political headwinds -- Terry Goodin was the state representative for House District 66, includes parts of Scott, Jefferson and Clark counties along the Ohio River. Goodin was the only Democrat in the Indiana General Assembly elected by an almost entirely rural district that otherwise favored Republicans. Superintendent of a school district of about 500 students and owner of his family’s cattle farm, he tended to vote with his caucus and was particularly vocal on issues of education; he was the caucus leader during the 2018 session.

Goodin’s winning margins in his district tended to be comfortable, though less so in 2018 – and in 2020, he was unseated by Republican Zach Payne, a former Clark County recorder and Jeffersonville City Council member whose Facebook campaign page stated, “It’s time we have the representation we deserve in the State House and I will fight for what matters most to us in Southern Indiana... This race isn’t about me. It‘s about hard working Hoosiers who deserve conservative leadership that will advocate for them in Indianapolis.”­– Kevin Morgan 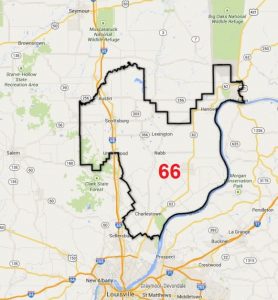