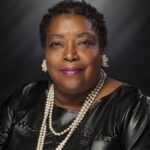 Vanessa Summers says the COVID-19 crisis and civil unrest of 2020 didn't create any new issues for Hoosier lawmakers to tackle. “Instead,’’ she says, “recent events have just highlighted injustices that have gone unnoticed for far too long.’’

Two of Summers' bills in 2020 addressed implicit bias in medicine, soon a national concern given that more African Americans and Hispanics contracted the coronavirus than other ethnic groups. One bill urged a legislative study committee to study the issue; the other would have required first-year medical students to study how to counter health care discrimination faced by Hoosier minority groups. Both bills died without hearings in the Republican-dominated General Assembly.

After she was sworn in to complete the term of her late father in 1991, she announced her legislative priorities would include helping the poor and people without housing. Seven of the eight ZIP codes Summers represents north and west of Downtown Indianapolis have a greater number of residents living in poverty than the state or national average. A disproportionate number of the poor are African American.

Indiana has the nation’s third highest rate of maternal death -- in 2019, based on a five-year average, 50.2 per every 100,000 live births compared to a national rate of 29.6, according to the United Health Foundation. The rate for black mother deaths was much higher: 71.5 compared with 63.8 nationally.

“We have Black mothers dying in Indiana at the same rate as mothers in countries like Iraq and Vietnam. It’s unacceptable,” said Summers, who created a bipartisan maternal health caucus early in 2020 after bills that she and others introduced on the issue didn't advance, including one bill that would have provided Medicaid to eligible women during their pregnancies and for up to one year after giving birth, but it died without a hearing.

Another bill introduced by former Rep. Christy Stutzman (R-Middlebury), who Summers joined as a co-author, would have provided women two unpaid days off after a miscarriage; it didn’t get a hearing either. The Senate also balked at passing legislation that would have required employers to provide reasonable accommodations for pregnant women at work. Instead, senators voted to study the issue to determine how much businesses would have to pay to assist pregnant women.

During nearly every session, at least one of Summers' bills focuses on helping abused and neglected children get the care they need. Summers has often turned her attention toward kinship care, which is when relatives, often grandparents, step up to raise children when parents cannot. In 2020 Summers introduced a bill to establish a kinship care oversight committee. It passed overwhelmingly in the House, 94-3, and continued to the Senate with bipartisan sponsors, Sen. Vaneta Becker, R-Evansville; and Sen. Jean Breaux, D-Indianapolis -- but again died in committee.

Summers did manage one legislative success to benefit families: She was a co-author of a new law improving First Steps, an early intervention program to help babies and toddlers with disabilities or developmental delays receive services to help them in the future. The law, written and introduced by Rep. Ed Clere, R-New Albany, clarifies and streamlines program regulations and adds life skills’ therapy to the services First Steps can provide.

Often, Summers’ role is to speak out, bluntly and powerfully, in opposition to legislation she believes could harm Hoosiers, as in an exchange in 2008 regarding legislation on undocumented immigrants authored by then-Sen. Mike Delph (R-Carmel).

“I think you are opening the door for prejudice directed toward minorities who are not white,” Summers told Delph during a hearing before the House Public Policy Committee, as reported in The Indianapolis Star. “Maybe it’s the color of my skin. I look at it differently.” – Kathleen Schuckel

Coordinator of the National Diabetes Prevention Program at the Indiana Minority Health Coalition in Indianapolis. Worked for The ARC of Indiana and the Julian Center. Former funeral home director, Summers Funeral Home. 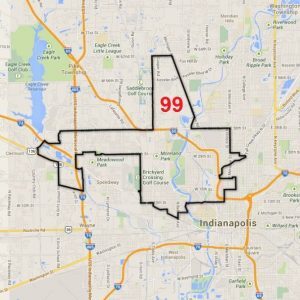