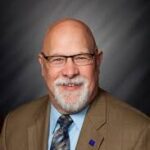 Just beyond the northwestern suburbs of Indianapolis, House District 41 is a mix of farm fields and small towns situated along I-65 and I-74 as they run toward Illinois. Its biggest cities are Lebanon and Crawfordsville, each with a population of about 15,000. Since 1994, the district has been represented by Timothy Brown, a retired emergency room physician. Since 2012, Brown has been chairman of the House Ways and Means Committee. As such, he’s considered among the most powerful people in state government, a role that will become especially clear in 2021 as he leads the writing of the state’s biennial budget, likely a much more complicated process than in recent budget years due to revenue shortfalls triggered by the coronavirus and ensuing economic downturn.

Prior to taking over Ways and Means in 2012, Brown was perhaps best known for his roles in enacting the state’s voter ID law, a statewide smoking ban and a health care program for uninsured Hoosiers. House leadership tagged him for Ways and Means due to his medical background and the likelihood that health care would take on an ever-expanding role in the state budget. K-12 education accounts for the largest part of the budget and has been at the center of Brown’s most visible moments, particularly in leading the legislative push for state takeover of Muncie schools in 2017 and fending off the rallying for statewide increases in teacher pay in 2019; before the economic downturn, Republican leadership signaled a willingness to include pay raises in the 2021 budget.

Brown made headlines when he suffered critical head injuries in a motorcycle accident in September 2018, leaving his very survival in doubt. He was back in his seat in the House by November and, after assuming a secondary role in writing the 2019 budget, returned as chair of Ways and Means in 2020. After three consecutive unopposed runs for reelection, Brown faced Democratic opponents in 2016, 2018 and 2020, winning more than 70% of the vote in each general election. – Kevin Morgan 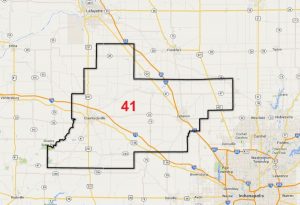