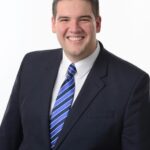 Indiana House District 78, taking in eastern and northern Evansville and its affluent suburbs in neighboring Warrick County, holds a continuing distinction in the Indiana General Assembly. In the four decades of its current or similar configurations, the district has had five state representatives, all Republicans, beginning with Evansville educator Greg Server. When Server resigned in 1981 to assume an open seat in the Indiana Senate, he set in motion a succession of three more state representatives who eventually resigned to assume an open higher office -- Vaneta Becker, appointed to the Indiana Senate in 2005 when Server resigned to join the Indiana Utility Regulatory Commission; Suzanne Crouch, appointed state auditor in 2014 after the incumbent resigned and Holli Sullivan, appointed secretary of state in 2021 when the incumbent resigned.

Like Becker, Crouch and Sullivan before him, Evansville real estate broker Tim O'Brien won his seat in a private caucus of district Republican precinct officers, the standard process for filling open legislative seats in Indiana, and the manner in which about one in five of state representatives and senators gain their offices. "In the 40-year history of HD-78, every incumbent was put there by party insiders," Evansville attorney and historian Josh Claybourn told the Evansville Courier & Press after Sullivan's resignation. "It has never held an open election without an incumbent, and every incumbent has won re-election."

The same newspaper article noted the district's tradition of eventually sending its state representatives to higher office; in fact, two years after her appointment as state auditor, Crouch went on to be elected Indiana lieutenant governor. -- Kevin Morgan