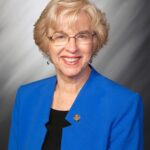 In 1929, the Middletown studies by sociologists Robert and Helen Lynd declared Muncie the typical American city, taking note of its heartland location, growing population and the strength of its local institutions. Thanks to the sociologists and journalists who since have returned regularly to benchmark its progress, Muncie remains one of the most studied cities in America; otherwise it is not what it used to be. Deindustrialization since midcentury led to one plant closing after another, including industrial giants BorgWarner, Chevrolet and the iconic Ball Brothers Glass Manufacturing Company.

With its south side hollowed out, Muncie’s economy has shifted to the north, where Ball Memorial Hospital and Ball State, the state’s fifth largest university, are the main employers, but in lower numbers. As with other Rust Belt cities, changes in the private sector reverberated in the public sector. In 2018, the state took control of the financially struggling Muncie school district, an action previously taken only in Gary, and gave it to the trustees of Ball State.

The city and the campus are all contained largely within House District 34, represented by Democrat Sue Errington, a retired Spanish teacher and former official with Planned Parenthood. Errington was previously a state senator, representing a larger swath of Delaware and adjacent counties with rural populations that tipped the scales against her in 2010 after only one term. The racial diversity and college population of her House district, won two years later, have provided Errington with an electorate friendlier to her unabashed progressivism, which is most pronounced on issues of the environment, abortion rights and K-12 education.

In every session except her first, she has introduced a bill to legalize medical marijuana. None has made it out of committee, as is the common fate of the legislation that she authors. Errington’s entire tenure in the General Assembly has been spent in the minority, leaving her only to make the case against Republican-backed legislation well on its way to passage. She led the futile charge against the takeover of Muncie schools, calling it undemocratic to replace an elected school board with an oversight group chosen by Ball State. Ball State says it is making progress, citing stabilized enrollment and the first pay raise for teachers in eight years. After running unopposed in 2018, Errington faced a Republican opponent in 2020 who was an unabashed champion of the takeover; she won with about 56% of the general election vote.

In 2022, after celebrating her 80th birthday and running for her sixth term, Errington sat down for an interview with TheStatehouseFile.com, a newsgathering partner of The Indiana Citizen, and reflected on what keeps her motivated -- even as the Republican supermajorities were preparing to push through a near-total ban on abortion in the wake of the overturning of Roe v. Wade: “My entire time in the state legislature, I’ve been in the minority. You don’t get discouraged. When something happens, I get reinvigorated. Years ago, I was told by a friend when I was really discouraged that making change is not a sprint, it’s a marathon, and that has stuck with me, and I think that keeps me working. I guess sometimes it takes more than one lifetime. You have to hand the baton. But keep going.” – Kevin Morgan 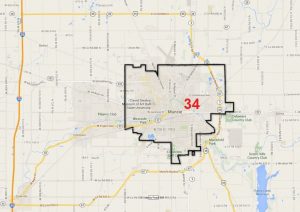