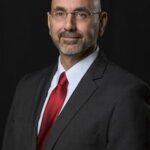 The extension of I-69 to Evansville widened access to a part of southwestern Indiana long considered among its most remote; the phrase “open for business’’ was oft-repeated in describing the difference that the new highway would bring to its rural counties. Indiana House District 74 encompasses all or part of five counties situated just east of the new highway. The Hoosier National Forest covers most of the district, and its largest city, at 7,300, is Tell City on the Ohio River. The district has been represented since 2017 by Stephen Bartels, a former policeman and Crawford County Council member who owns two businesses on Patoka Lake, one of the district’s main tourist destinations. When Bartels was selected from a group of candidates to fill the district’s vacated House seat, one of his boosters said, “He runs his own business. He understands tourism. He understands economic development. He understands education.’’

Bartels’ official biography and his public statements touch on themes of conservatism and government at the local level; after his selection, he said, “I see the state representative not only as a supporter of local government, but also a protector of it.’’ Although he voted for the legislation increasing Indiana’s legal age to buy smoking and vaping products, Bartels told the Jasper Herald that he didn’t agree with the severity of penalties established for penalties who violate the new law; he said his vote was based on a survey of his district which showed strong support for the legislation.

In a legislative forum after the 2020 session Bartels applied that approach to both issues of education policy and health care. On questions of standardized testing and teacher training requirements – as well as the ongoing issue of the state funding teacher pay raises – he deferred to local school districts: “We need to let that go to local control. Teachers are smart and educated. Why are we mandating this stuff? We need to let the locals do this.’’ Though he voted for Republican-backed measures aimed at surprise billing for out-of-network and other costs, Bartels also expressed skepticism about government involvement in health care: “I want to get very cautious about how the state gets involved,’’ he said according to news coverage by the Perry County News. When it comes to setting prices, the news article quoted him as saying, “I don’t think government is the answer. We’re supposed to put some guard rails up and help facilitate the thing but if we get involved in this kind of practice, we may end up screwing it up.’’

When he faced the voters for the first time in 2018, Bartels won 57% of the vote against a Democratic candidate from Tell City who had sought the office before. Bartels faced no opposition in the primary and general elections in 2020 and 2022. – Kevin Morgan 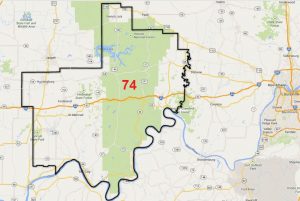