Measured by area, District 13 is one of the largest in the Indiana House, taking in all or part of eight counties in west central Indiana. It extends east from the Illinois state line and stops short of the West Lafayette suburbs; in between is a flat, sparsely populated grid of county roads and two-lane highways with the occasional farm town at a crossroads. The biggest, at 3,200, is Attica. Its location on the Wabash River fueled its early growth over its neighbors, and it is home to century-old Harrison Steel, a steel castings maker that employs about 750 and is still headquartered in Attica. Its scion, Joe Harrison, was once a force in the Indiana Senate.

Attica’s main legislative presence in Indianapolis now is Sharon Negele, a fifth-term Republican in the Indiana House. A Michigan transplant, she has an MBA, owns an Attica chocolate shop and served nine years as city clerk. Negele’s no-drama, good-government approach to legislating places more emphasis on balancing budgets and maintaining the state’s credit rating than it does on social issues or culture wars. In a 2018 interview with the Lafayette Journal & Courier, she said she favors “a pragmatic way that provides solutions for constituents, not hyperbole … seeking a thorough knowledge of the subject and a willingness to take a bipartisan approach for maximum consensus.’’

Although Negele has sponsored legislation to limit abortion, she was among Republicans to break ranks with leadership to oppose a bill in 2016, eventually signed into law, banning abortions sought because of fetal defects and another in 2017 that would have curbed drug-induced abortions; the latter passed the House but did not make it out of a Senate committee. She backed leadership in voting against an amendment to remove rape and incest as exceptions to the 2022 abortion ban and voted for the ban with the exceptions intact on its final passage.

Negele figures prominently in efforts still underway to expand broadband and bridge the digital divide in rural areas such as her own. In 2019, she was primary author on legislation that created a state commission to commemorate the centennial of women’s suffrage.

Since an initial, unsuccessful bid to unseat an incumbent Democrat in 2010, Negele has won her terms by increasingly comfortable margins, including an uncontested run in 2014. She won with 73%  of the general election vote in 2020 and was unopposed in either party in 2022. Negele was a key player in crafting wraparound legislation to the 2022 abortion ban that provided additional funding to families and children as well as an additional $200 refund to taxpayers intended as inflation relief -- possibly putting her in line to succeed retiring House Ways and Means Chairman Tim Brown in 2023. – Kevin Morgan 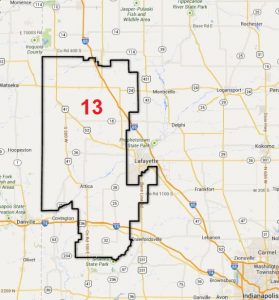