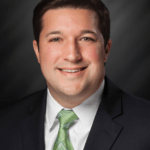 In increasingly Republican southwestern Indiana, House District 77 is the last Democratic stronghold, covering most of the city of Evansville. It has been represented since 2016 by Ryan Hatfield, a former sex crimes prosecutor whose grandfather represented the area in the Indiana Senate in the early 1960s. Elected a few months after his 30th birthday, Hatfield has begun moving through the leadership ranks of House Democrats and has become one of chamber’s most vocal advocates for victims’ rights. He has shown a knack for collaborating with Republicans, a useful skill for anyone in the minority caucus interested in getting their bills passed and signed into law.

Hatfield’s first bill to make to the governor’s desk, with a Republican co-author, provided for autopsy reports to be made available in certain cases to peer review committees at hospitals where patients were treated before their deaths; he described it as an extension of oversight of patient care. Also in his first term, Hatfield introduced a bill aimed at reducing layoffs during economic downturns, effectively allowing employers instead to reduce hours across staff and for employees to continue receiving some benefits. He said the measure would protect workers like those who lost their jobs in the Great Recession. When his bill appeared destined to die in committee, Hatfield signed on as a co-author on a Republican-authored bill with the same provisions, but it fared no better. He introduced the bill again in 2019 and 2020 with the same result.

In 2019, he authored three bills with Republican co-authors that were passed and signed into law, including one that broadened authority to issue protective orders for victims of harassment and another that stiffened penalties for animal cruelty. Also in 2019, Hatfield introduced a bill to set the minimum salary for Indiana teachers at $50,000; the average starting salary statewide was about $35,000. It had no Republican co-authors and did not make it past committee.

The district includes virtually all of the precincts in southwestern Indiana that went for Clinton over Trump in 2016. Hatfield’s predecessor had winning margins of about 60%, and he has done as well despite a close race in the Democratic primary in 2016. He was unopposed in the general election in 2018 and had no opposition come forward in either primary in 2020; Republicans later added a candidate whom Hatfield defeated with 83% of the general election vote. – Kevin Morgan 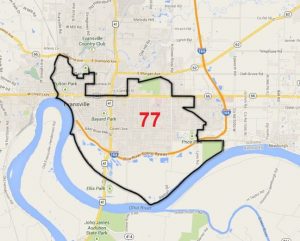