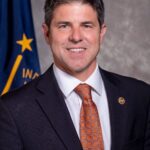 Indiana Senate District 37 is home to a widely traveled stretch of State Highway 37 that has transported generations of students, parents and sports fans between Indianapolis and Indiana University in Bloomington. The highway, now being rebuilt as Interstate 69, cuts through the flatlands of suburban Indianapolis into the increasingly hilly and rural terrain of southern Indiana, with farm fields, churches and the occasional small town on either side. District 37 includes most of Morgan County and parts of adjacent Putnam, Owen and Johnson counties. Its largest city is Martinsville, the Morgan County seat, population 11,600 and home to an EPA Superfund site where the water supply was contaminated by chemicals from a dry cleaners.

The district has been represented since 2013 by Republican Rodric D. “Rod” Bray, an attorney in the family practice of Bray, Bray and Bray in Martinsville. The shingle aptly reflects Bray’s political lineage. His grandfather, William Bray, represented the area in the U.S. Congress from the early 1950s until losing in the Watergate massacre of congressional Republicans of 1974. Beginning in 1975, his father, Richard Bray, served 18 years in the Indiana House and an additional 20 in the Indiana Senate before retiring to make way for the next generation. The district has been safely Republican since long before the Brays; a Democrat last represented Morgan County in the General Assembly in the early 1930s.

Rod Bray was elected with 71% of the district’s vote in 2012 and upon taking office, his primary focus became legislation affecting local government and civil and criminal law, particularly the latter. He was named to the Corrections and Criminal Law Committee upon his arrival in the Senate and rose to its chairmanship in 2017.  The legislation that Bray carries generally steers clear of the high-profile or controversial, though his votes have been consistently with the Senate’s conservative Republican supermajorities. He supported House Joint Resolution 3 (recognizing marriage only between different genders) in 2014 and, though he did not sign on as a sponsor or co-sponsor of Senate Bill 101 (Religious Freedom Restoration) in 2015, he voted for its passage as well as the subsequent “fix” intended to defuse ensuing controversy.

With the 2019 session, Bray ascended to the Senate’s most powerful role, president pro tempore, succeeding David Long. Like the speaker in the House, the president pro tem controls the flow of legislation to committees and on the Senate floor, and Bray was credited with a generally smooth voyage in his first year in the role. Arguably his greatest visibility in 2019 came with the amendment of Senate Bill 198 to effectively remove explicit mention of gender or gender identity as aggravating factors that a judge could consider in sentencing for hate or “bias” crimes. Bray voted for the amendment and the final version of the bill and, in his new leadership role, guided them through an emotional floor debate to Senate passage, working with Gov. Eric Holcomb and House Speaker Brian Bosma to move Indiana off the list of states without a hate crimes law – but not without criticism from both sides of the aisle that the compromise language was unfair to the gay and transgender communities and weakened the law’s enforceability in the courts.

The session in 2020 brought controversy. More than the usual number of bills underwent late-session amendments that critics saw as a short-circuiting of the legislative process – for example, an amendment by which the state effectively overruled landlord-tenant legislation enacted at the local level; the amended bill was vetoed by Gov. Eric Holcomb. In a session post-mortem, The Indianapolis Star quoted unnamed lobbyists and colleagues who said Long would have exercised more control over the chamber. Bray also faced criticism for killing legislation, also amended late in the session, to require that an attorney general who loses their license to practice law be removed from office. Two months later, the Indiana Supreme Court suspended the law license of Curtis Hill, triggering confusion over whether he could continue in office. In August, Bray entered the debate over whether schools should reopen amid a resurgence of the coronavirus in Indiana; in a letter to school leaders, he said those that hold classes entirely online and don’t reopen at least partially to students would not receive full funding from the state, a position on which he cited existing state law but deviated from Holcomb and House Speaker Todd Huston, who had voiced more willingness to let districts make the decision on their own.

After running unopposed for reelection in 2016, Bray won 77% of the general election vote in 2020 against a Democratic opponent who made the area’s environmental history a campaign issue. He has the political pedigree and rising profile that often lead to at least suggestions of an eventual run for higher office. His predecessors, though, served decades as president pro tem. And with two sons still years from their high school graduation, Bray’s next generation of service to the Senate is likely a few years away. – Kevin Morgan 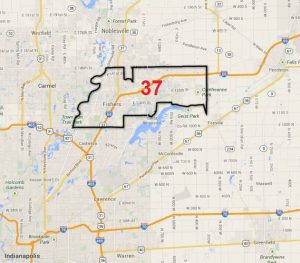