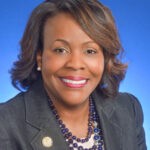 Portrayals of Indianapolis during the past 50 years tend to focus on the transformation of its Downtown – its expanded and reshaped skyline, the emergence of a growing tech hub and a collegiate and professional sports rebranding to transcend the city’s association with just motorsports. To the east of Downtown and all the way to the county line is a swath of the city where the trajectory has been more difficult as the result of white flight, failing schools and gun violence so pervasive that it threatens to move Indianapolis into the ranks of the nation’s murder capitals; its 46218 zip code was declared a city hot spot for COVID-19. The Indianapolis Eastside is contained largely within Indiana House District 98, represented by Democrat Robin Shackleford; her background is in project management, lobbying, and a succession of state and city agencies including a stint in the office of former Mayor Bart Peterson. In 2019, she became chair of the Indiana Black Legislative Caucus comprised of 13 members of the Indiana House and Senate.

Shackleford’s arrival in 2012 coincided with Republicans winning a 2-to-1 supermajority in the House, an advantage that continues to stop most of the Democratic legislative agenda in its tracks. Shackleford considered it a point of pride when in 2019 she saw two bills that she authored passed and signed into law. The first established a temporary amnesty by which drivers whose licenses have been suspended due to unpaid traffic fines can have them reinstated, with the fines reduced or billed on a payment plan; Shackleford estimated the number of affected drivers at 400,000. The second bill assigned a legislative study committee the topic of prescription drug pricing and how it affects access.

House Republicans identified health care costs as a priority in 2020 and passed legislation to control surprise billing for out-of-network and other costs; Shackleford was among a group of House Democrats to criticize the legislation as inadequate particularly as it related to prescription costs. Neither of the two bills relating to health care that Shackleford authored in 2020 made it out of a House committee. Shackleford also authored a bill to expand tenant rights; her bill didn’t advance, and a Republican-authored Senate bill was amended in the House to overrule tenant protection measures enacted at the local level in Indianapolis, Bloomington and Merrillville. After the session ended, amid the coronavirus outbreak, Shackleford led the Black Legislative Caucus in calling on the state to address the disproportionate impact of the pandemic on the black community, specifically recommending targeted treatment and testing and racial-bias training for health care workers.

Shackleford succeeded William Crawford, whose 40 years in the House made him the longest-serving African American in state government when he retired. Republicans last fielded a candidate in the 2014 general election, which Shackleford won by a 4-to-1 margin. She ran unopposed for reelection in 2020. – Kevin Morgan 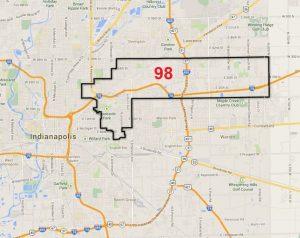