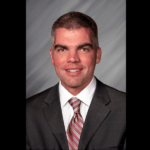 House District 84 takes in the suburbs of northeastern Fort Wayne, a mix of retail, midcentury tract homes and newer custom-built development bounded by the Ronald Reagan Expressway, which loops from I-69 on the north to I-69 on the south, bypassing the city entirely. Families in the district are generally middle income. The diversity is less and the strength of Republican candidates is greater than you might expect in such a large swath of the state’s second-largest city. Though Fort Wayne has annexed much of the area, many still identify as residents of St. Joseph Township, where baby boomers can still remember farm fields, gravel roads and a volunteer fire department.

The district is represented by Republican Bob Morris, owner of a small chain of nutrition-supplement outlets, volunteer coach with St. Joe Little League and possibly the only Indiana state legislator to have been profiled in The Atlantic Monthly. Now in his sixth term, the arc of Morris’ legislative tenure took a turn toward the end of his first, when he sent a letter to colleagues in the House explaining why he refused to sign one of the ceremonial resolutions that legislators routinely approve unanimously. The problem was that this one honored the Girl Scouts, described in Morris’ widely circulated letter as a radicalized organization promoting homosexuality, abortion and the destruction of family values.

Response from the national media was harsh – the Atlantic piece mocked his appearance, nutrition supplements and Midwestern state legislatures in general – and the reaction from then-Speaker Brian Bosma bordered on the dismissive. Morris chairs the House Commerce, Small Business and Economic Development Committee. While not the stuff of newspaper headlines, three of the seven bills he authored in 2019 (regulating the handling of human remains, apprenticing plumbers and the use of drone searches by police) eventually were signed into law. He regained some brief notoriety as committee chair during the coronavirus pandemic for an attempt to legislate against business mask mandates and declaring that "in reality we aren't sure masks work.''

Although he does not carry the hot-button legislation that leadership tends to discourage, Morris remains a reliable yes vote for the conservative social agenda, most recently in emerging as one of the most vocal advocates among House Republicans in trying unsuccessfully to remove rape and incest exceptions from the 2022 abortion ban; he voted for the ban with exceptions on its final House passage.

Morris’ time in the national spotlight triggered a 2014 primary challenge that he survived by 250 votes, but he’s faced none since. Nor does he struggle to win general elections in a district that went decisively for Donald Trump in 2016; he won with 61% of the general election vote in 2020.– Kevin Morgan 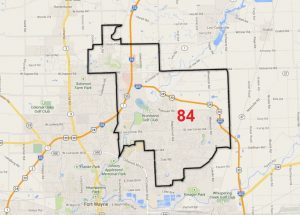