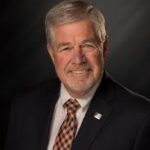 Indiana House District 53 centers on Hancock County; though solidly included in the Indianapolis metro area and among the state’s more populous counties, it still retains much of its rural heritage. The district, which also includes the rural southern reaches of Madison County, has been represented since 1998 by Robert “Bob” Cherry, a retired Indiana Farm Bureau executive who lives on his family farm in rural Greenfield.

His legislative focus has been on agriculture, specifically on controlling property taxes and other costs incurred by farmers. Cherry is a longtime member of the House Ways and Means Committee and has risen through the ranks to become its vice chairman. He was among House Republicans to follow leadership in voting against an amendment to remove rape and incest as exceptions to the 2022 abortion ban, and voted for the ban with the exceptions intact on its final passage. When opposed for reelection -- something that hasn't happened since 2018 -- Cherry has won by 3-to-1 margins. – Kevin Morgan 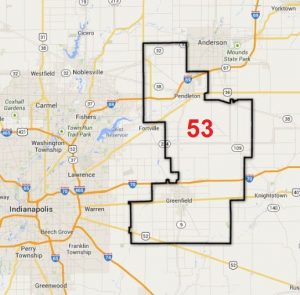