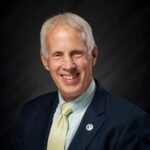 Indiana House District 91 covers the suburban and rural Southwestside of Indianapolis, extending from the Indianapolis International Airport south to Heartland Crossing, a far-flung development of vinyl-clad homes, a golf course and walking trails that became a ground zero of sorts for foreclosures during the Great Recession. It has been represented since 1992 by Robert Behning, who has made his reputation in the Indiana General Assembly as chairman of the House Education Committee, a perch from which he’s become one of the state’s leading advocates for standardized testing, charter schools and the use of state-funded vouchers for private school tuition.

In 2011, Behning authored the landmark the landmark legislation that established Indiana as one of the first states to have a private school voucher program. He since has led its rapid expansion to become one of the nation's largest and most generous, authoring the 2021 bill that made vouchers available to families earning up to $154,000. A former florist, Behning is now a vice president at Marian University in Indianapolis and leads its Center for Vibrant Schools.

During the 2022 session, Behning had a rare public stumble during a committee meeting, appearing to suggest that low test scores among Black students were the result of a cultural "lack of respect for learning;'' he later apologized from the House floor though without directly addressing the question of what he was apologizing for. He kept a low profile during the 2022 special session, supporting party leadership in voting for the landmark abortion ban and in opposing attempts to remove rape and incest as exceptions to it.

In 2022, as in a few previous years, Behning weathered a primary challenge. He generally wins reelection handily -- most recently in 2020, with nearly 60% of the general election vote over Democratic and Libertarian opponents. -- Kevin Morgan 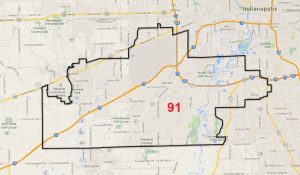