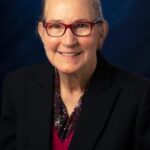 Positioned directly across the Ohio River from Louisville, House District 71 includes southern Indiana’s most urban and racially diverse population outside of Evansville. As the rest of their once-solid southern Indiana has fallen away, it remains a stronghold for Indiana Democrats.

After Steven Stemler, owner of his family’s plumbing business in Jeffersonville, was elected its representative in 2006, he didn’t face another Republican opponent. A renegade of sorts in his left-leaning caucus, he was the only Democrat to defy caucus leadership by refusing to join a lengthy walkout over contentious labor legislation in 2011. The following year, House Republicans took the unusual action of naming Stemler a committee chair, a prize almost always reserved for members of the majority caucus.

After Stemler’s retirement in 2018, the district elected a Democrat more in the mainstream of her caucus. Republicans contested the district, but Rita Fleming, a retired OB/GYN, won by 3,200 votes over her opponent, a Jeffersonville City Councilman. Indiana Democrats put more than $160,000 into her campaign, in which her top issue was public health. In her first session, Fleming was primary author on six bills relating to the opioid crisis or women’s health issues.

Fleming drew news coverage in 2020 with a bill that would have allowed pharmacists to prescribe birth control to women following a health screening; part of her rationale was that OB/GYNs and other physicians lack the time needed to fully address the need. The bill didn’t make it out of committee in the House, as was the case with Fleming’s other legislation during her first term,   despite lobbying by March of Dimes and other maternal and infant health groups. Fleming also had two Republican co-authors as well as a Republican state senator prepared to carry the bill had it been passed by the House. As the only OB/GYN in the legislature, Fleming was one of the leading voices in her caucus in arguing -- unsuccessfully as it turned out -- against the 2022 abortion ban.

Though not to the extent of its more populous neighbor across the river, Jeffersonville leans Democratic in most elections, favoring Clinton over Trump in 2016. Republicans didn’t field a candidate against Fleming in 2020 but, with a candidate on the general election ballot in 2022, haven't stopped contesting one of the last Democratic strongholds in southern Indiana. – Kevin Morgan 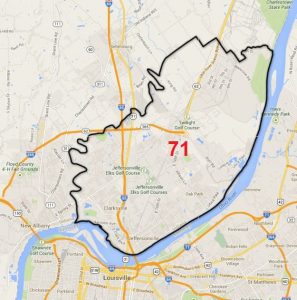