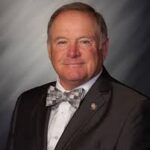 Indiana House District 68 includes the Cincinnati exurbs around Lawrenceburg, home to day skiing at Perfect North Slopes along with one of America’s biggest whiskey distilleries and one of the area’s three riverboat casinos. Surrounding Dearborn County ranks relatively high in Indiana for median household income, but prosperity is harder to come by as the district extends north along the Ohio state line into less populated terrain.

The district was represented until 2015 by Jud McMillin, a small-town attorney who unseated a 28-year incumbent and rose rapidly through the Republican hierarchy with a sharp-elbowed approach that made headlines in the state capital. The end of his tenure was particularly noisy – McMillin resigned amid a sexting scandal – and precinct committee officials from the district chose Randall Lyness, a Dearborn County officeholder and homebuilder in his mid-60s, to complete McMillin’s term.

What ensued has been anything but noisy. Elected in his own right in 2016 and reelected in 2018, Lyness has kept a low profile elevated only by his affinity for colorful bow ties. In five legislative sessions, Lyness has authored two bills that were passed and signed into law – one allowed the use of blue LED lights by volunteer firefighters on their private vehicles, and the other dealt with the sale of assets by county governments. He has avoided speaking out on the social issues his predecessor favored and generally votes with House leadership -- for example, in voting against an amendment to remove rape and incest as exceptions to the 2022 abortion ban.

In 2019, Lyness joined other Republicans in the southeastern Indiana delegation in voting against a caucus-backed gaming bill seen as less beneficial to Lawrenceburg and nearby Rising Sun than to other casino locations. He was not listed as an author or co-author on any legislation in 2019, a rare exception in the 150-member General Assembly. Toward the end of the 2020 session and in Brian Bosma’s final days as House speaker, Lyness made a rare trip to the microphone to state the case for a Senate bill on which he was House sponsor. Bosma took note of the occasion, telling Lyness from the rostrum that it was nice to finally meet him.

The southeastern Indiana district was once hospitable to Democrats, but no longer. After the upset win in 2010, McMillin won his reelection bids by 2-to-1 margins, and Lyness fared slightly better in 2016 and 2018. He was unopposed in the primary and general elections in 2020 and 2022. – Kevin Morgan 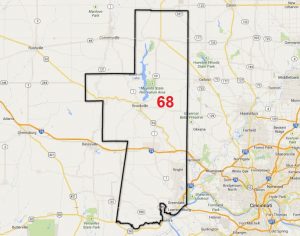