Michael Young, an attorney and political consultant, has represented Indianapolis in the legislature for more than 30 years. First elected to the Indiana House in 1986, he made the leap to the Indiana Senate in 2000 and now represents a district that includes portions of Speedway and Wayne Township, all of Decatur Township and two adjoining townships in suburban Hendricks County, including the town of Plainfield.

As chairman of the Indiana Senate’s Corrections and Criminal Law Committee, he has helped establish new laws aimed at protecting children from sexual predators and vulnerable senior citizens from caregivers seeking to take financial advantage.

He also sometimes ventures into social issues, leading to him to author controversial legislation earlier this year that would have allowed the Indiana attorney general to pursue criminal cases that local prosecutors decline. Most of the committee discussion surrounding the failed bill centered on the Marion County prosecutor’s decision not to pursue charges for possession of small amounts of marijuana, though Young said his legislation was focused more broadly.

Young also was criticized as homophobic earlier this year when he posted a comment on a Facebook meme that showed former Vice President Joe Biden coming up behind Pete Buttigieg and putting his hands on Buttigieg’s soldiers. “He’s used to it,” Young wrote in a comment below the meme.

Young told The Indianapolis Star that he wasn’t making a comment about Buttigieg being gay but about Biden’s alleged penchant for touching others.

Young’s Democratic opponent in 2020 took the incumbent state senator to task on both matters, saying the attorney general shouldn’t be allowed to overrule a local prosecutor’s discretion, pledging to support legislation that would decriminalize marijuana and adding that he found Young’s Facebook post homophobic and disturbing. Young won the general election with 58% of the vote, similar to his margin in 2016. – Greg Weaver 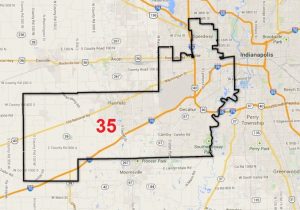