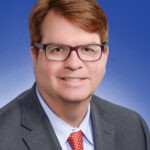 The state’s 80th House District, mainly in the southeastern quadrant of Fort Wayne, is an area that grew in population, prosperity and development through much of the 20th century. But as population shifted to burgeoning suburbs in other areas in the 1960s and 1970s, and after an anchor employer, International Harvester, closed its assembly operations in 1983, the area has faced many challenges. Few of the houses in the district were built after the 1970s. Even as Fort Wayne’s downtown and some nearby neighborhoods rebound, commercial investment and even retail outlets in southeastern Fort Wayne lag behind other parts of the city.

The 80th District has been GiaQuinta country — with only a two-year-lapse — for 30 years and two GiaQuintas. The broad political influence of the GiaQuintas, all Democrats, began with Phil GiaQuinta’s older brother, Mark, who landed a seat on the Fort Wayne City Council in 1979, when he was only 25 years old. He served on council until 1995. The GiaQuintas’ father, Ben GiaQuinta, won a seat on the Wayne Township Advisory Board in 1986. In 1990, Ben GiaQuinta won the 80th District House seat. During the 1990s, the same Republican contender ran against Ben GiaQuinta four times. (Republican John Becker beat the elder GiaQuinta only once, in 1994, by a margin of seven votes.)

After Ben Giaquinta retired from the House in 2006, Phil GiaQuinta ran for the seat his father held. That 2006 primary was the toughest race for the district Phil GiaQuinta has ever faced, and he won by 59-41%. GiaQuinta won the general election, 65-32%, that first year. Since then he’s faced a Republican only once, in 2010, when he won, 68-32%.

In his first two terms in the House, Phil GiaQuinta was part of a Democratic majority in that chamber. Even with a Republican governor and a Republican-controlled Senate, the Democrats were able to thwart some key Republican goals, such as passing an amendment to the state constitution that would have defined marriage as between one man and one woman. That majority ended after the 2010 election. Even then, the Democrats were a large enough minority that they could stall business in the House by refusing to show up and denying the body a quorum. GiaQuinta joined many other House Democrats in a walk-out early in 2011 that stalled the chamber’s work for five weeks.

After that walk-out, the Democrats were fined $350 per day for their time away from the Legislature. In a statement he issued after the fines were assessed, he called the fines and withheld pay “illegal wage confiscation from every member of the Democratic caucus who stood up for Hoosier workers, women, educators and students.”

Beginning with the 2012 elections, Republicans in the House have held a supermajority — majorities ranging from 67-71 seats in the 100-person chamber — and can conduct business without Democrats present. As GiaQuinta has advanced in the leadership of House Democrats, he’s softened his tone to try to cultivate more influence in shaping legislation. Shortly after Democrats chose him to lead the House minority after the 2018 elections, GiaQuinta told The Journal Gazette in Fort Wayne, “I am focused on finding common ground to move our great state forward. Over the years, I’ve been successful passing legislation to improve our community despite being in the minority. If it’s a worthy idea that improves the lives of Hoosiers, it shouldn’t matter if you have a D or an R behind your name.”

As minority leader, GiaQuinta wrote only two bills in 2020. HB1425 – introduced only a few months before the coronavirus pandemic introduced public health concerns into the conduct of elections — would have allowed all registered voters to cast absentee ballots. HB1426 would have removed the requirement of a match for state grants to schools for safety and security purposes. Neither bill was moved out of committee.

More recently, he has led the Democratic superminority through two historic special sessions -- the 2021 redistricting and 2022 enanctment of an abortion ban with only narrow exceptions in the wake of the overturning of Roe v. Wade. – Bob Caylor 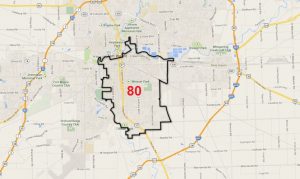