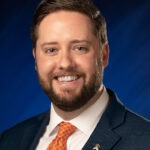 Indiana House District 89 includes much of Warren Township and the Indianapolis Far Eastside, extending west and slightly south from Cumberland on the Marion County line around I-465 to the city of Beech Grove. It was represented for the past decade by Cindy Kirchhofer, an administrator in the Franciscan health care system who rose through the House ranks to chair the Public Health Committee, one of only four women in the chamber to chair a standing committee.

But the district has become increasingly competitive as Indianapolis and Marion County – dominated by Republicans for decades after the 1970 Unigov merger of city and county governments – has trended Democratic, a reality with which Kirchhofer is especially familiar. She became chair of the Marion County Republican Party in 2019 as Republicans were about to lose the Indianapolis mayoral election by a wide margin and all but five seats on the City-County Council. A year later, Kirchhofer herself was unseated by a Democrat seeking public office for the first time – the only Republican incumbent in the House to be defeated as her party picked up five seats elsewhere around the state.

Her successor is  Mitch Gore, a captain with the Marion County Sheriff’s Department who describes himself also as a community advocate and small business owner. His campaign identified as priorities issues of education, public safety, economic development, health care and public corruption. – Emily Schabes 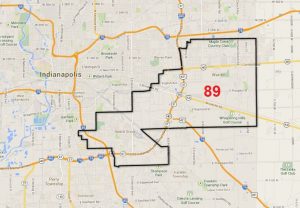