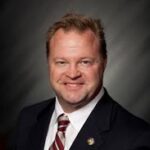 Indiana House District 90 takes in most of Franklin Township and part of Perry Township, arguably the strongest of Republican strongholds left in Marion County. It has been represented since 2010 by Mike Speedy, a former Indianapolis City-County Council member whose voting record has lined up reliably with House Republican leadership and the conservative leanings of his largely suburban and rural constituency. One of his more notable moments came in arguing in 2018 for a so-called payday loan bill which would have allowed subprime lenders to offer short-term loans at three times the APR, a provision that critics decried as predatory. Supporters said it offered a way for those with bad scores to rebuild credit, a benefit Speedy described as “hillbilly venture capital.’’ Speedy was among the majority of House Republicans to buck leadership in an unsuccessful attempt to remove rape and incest as exceptions to the 2022 abortion ban; he later fell into line to support the ban with those exceptions on final passage.

Speedy succeeded a more moderate Republican who had to fend off primary challenges from the right in his final terms. Speedy enjoyed a clear path to the nomination until 2022, when he finally drew a challenger of his own. In the days leading up to the primary, Speedy told The Indianapolis Star, ""I have one speed for running a campaign and that's full speed.  I'm running like I'm behind. " It turns out he wasn't though, winning about 80 percent of the primary vote.

Speedy draws Democratic challengers in the general election but has won with 60% or more of the vote; two of his last three wins came over Tim Jeffers, a prominent Indianapolis Democrat who once was the party’s nominee for Indiana Secretary of State. In 2020, Speedy won 64% of the general election vote over a Democratic opponent who announced on his Facebook campaign face in August that he was suspending his campaign to deal with personal matters. -- Kevin Morgan 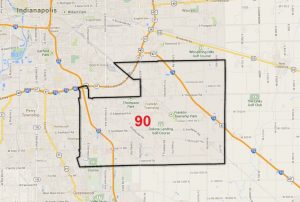