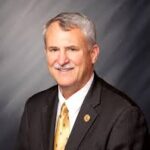 Indiana House District 30 includes most of the city of Kokomo and extends east through Howard County into neighboring Grant County. It has been represented since 2010 by Michael “Mike” Karickhoff, a former Kokomo parks superintendent who, after moving to a job at the city’s Ivy Tech campus, was elected to the city council. He was in his second council term when he ran for the Indiana House, upsetting a Democratic incumbent and for the past decade locking down a seat that had shifted between the parties since the 1980s.

Karickhoff has avoided the culture wars that have roiled the Republican caucus at times, but has at times aligned with party moderates; in 2016, he signed on as a state co-chair of John Kasich’s run against Donald Trump and Ted Cruz in the Indiana primary. Karickhoff votes with the Republican leadership and gradually has moved into its ranks, rising to Speaker Pro Tempore, the No. 2 position in the House hierarchy, before the 2019 session.

As a legislator, Karickhoff has tended to focus on issues of local government and taxation; he is a member of the House Ways and Means Committee and chairs its budget committee, a key position as lawmakers wrote the 2021 budget amid coronavirus-triggered financial uncertainty. He drew news coverage as the author of 2019 legislation creating the Indiana Destination Development Corp., a public-private partnership that replaced the state-run Office of Tourism Development within the lieutenant governor’s office; the bill, which passed unanimously and was signed into law, was based upon the belief that the new agency would carry a higher profile and more fund-raising punch.

Karickhoff ran unopposed in 2018 and otherwise has held off a succession of Democratic opponents by several thousand votes or more; he won by nearly 10,000 votes in 2020. – Kevin Morgan 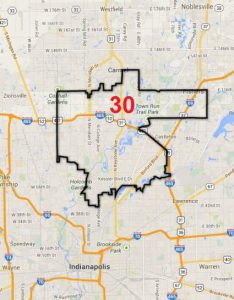