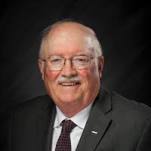 At their northernmost, Lake and Porter counties are densely populated, industrialized and consistently Democratic in their political preferences. But the further south you travel, they take on a more suburban and eventually rural character. It is that part of Lake and Porter counties that comprise House District 11, a rare Republican foothold in northwestern Indiana, represented since 2014 by Michael Aylesworth, a former Porter County officeholder who after a career in agribusiness became an official at Ivy Tech.

A 2018 campaign profile in The Times of Northwest Indiana reported Aylesworth’s priorities were to encourage “business growth and expansion, direct more state resources into preschool education and wellness checks for youngsters, and improve education as much as a balanced budget allows.’’ Among the bills he introduced in 2020 was one to increase the legal age for buying cigarettes and vaping products from 18 to 21, one of the legislative session’s most watched issues. Rather than act on Aylesworth’s legislation, the House passed a Senate bill with the same provision; it was signed into law. Aylesworth’s legislative offerings otherwise tend not to be on topics that grab headlines, for example, a bill passed and signed into law to increase the state subsidy for the salaries of county engineers. Aylesworth was among House Republicans to follow leadership in voting against an amendment to remove rape and incest as exceptions to the 2022 abortion ban, and voted for the ban with the exceptions intact on its final passage.

The district has been seen as competitive; the House Republican Campaign Committee contributed nearly $90,000 to Aylesworth’s initial campaign and $48,000 to his second. But Aylesworth has won his four terms by comfortable margins, topped by a 14,000-vote win in 2020 over a first-time candidate whose occupations included stand-up comedian. – Kevin Morgan 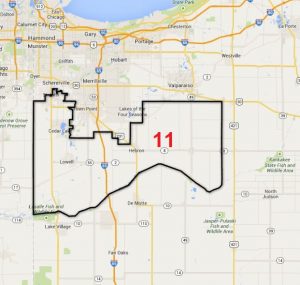