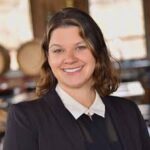 A third generation of the Bauer family has become a member of the Indiana House of Representatives, representing most of the city of South Bend and part of Mishawaka. Maureen Bauer succeeded her father, B. Patrick Bauer, after winning the Democrat primary and facing no Republican opponent in 2020.  Pat Bauer was the longest-serving House member in Indiana history, retiring after a half-century. A former speaker of the House, Bauer also was the long-time chairman of the powerful House Ways and Means Committee. His father, Burnie, also served in the Indiana House and Senate.

Pat Bauer probably is best known for his extreme efforts to protect labor unions by attempting to fight off the GOP’s right-to-work legislation. In 2011, he rounded up the entire Democrat caucus and took them to Illinois, denying the quorum needed to vote on the bill. The next year, however, the bill was passed anyway despite massive protests by labor unions.

Maureen Bauer worked for a while as a publication and technology specialist for the Indiana House Democrats before moving to California to work as an events coordinator. She is now an account manager in South Bend for HelmsBriscoe, which manages and coordinates special events. She won the Democrat primary in June against two challengers. More than $18,000 of the nearly $23,000 she raised for the race came from her father’s campaign coffers. Her closest competitor, Garrett Blad, outraised her, taking in more than $52,000.

During the race, Bauer said her key priorities were creating a health care system that is affordable and accessible to all, investing in public school teachers to stay competitive with other states and making sure jobs pay a living wage. She said her experience working for the Indiana House Democrats gave her a realistic understanding of how the legislative process works. At the end of a relatively quiet first term, Bauer spoke from the floor during debate on the 2022 abortion ban, delivering a lengthy and emotional argument against Senate Bill 1 moments before its enactment. She faced no opposition in either party in 2022. – Greg Weaver 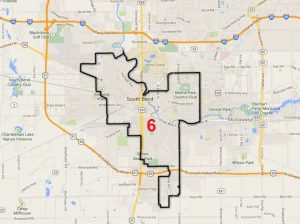