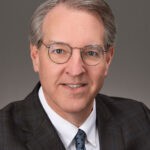 House District 61 includes all of the Indiana University campus and most of the city of Bloomington, a splash of Democrat-friendly blue in the otherwise deep red of Republican southern Indiana. Its borders enclose one of the state’s most credentialed and affluent populations, often employed by the university or the Cook medical device manufacturer. The demographic is one that tends to favor Democrats, and the effect is enhanced in Bloomington by a large student population. As factory cities around Indiana saw their populations shrink during the past 50 years, Bloomington’s doubled, fueled by its knowledge-based economy and the lure of a campus rated among the nation’s most scenic. During that time, it has sent a succession of vocal and left-leaning Democrats to the Indiana General Assembly.

Matt Pierce is the most recent to represent the district in the Indiana House, arriving in 2003. He has the distinction among his colleagues of having once worked on the House staff, including a stint as principal clerk, which provided him with deep knowledge of the chamber’s rules and procedures. Pierce often speaks for his caucus in parliamentary debates but, since his caucus remains a distinct minority, almost always on the losing side.

During his first decade in the House, Pierce enjoyed three terms in a Democratic majority and saw several of his bills, primarily consumer and tenant protections, signed into law. During the past decade, none of the legislation on which he was primary author made it out of committee, and his role is most often one of speaking for his constituency in opposition to Republican-backed bills. Another target: overruns and delays in the privatized construction of I-69 near Bloomington, for which Pierce – himself a commuter to Indianapolis – seldom missed an opportunity to skewer the Pence administration from the House floor. In 2021, Pierce took the lead in arguing against the GOP-drawn decennial redistricting, warning that it would lock in supermajority control for a decade or more.

For the past decade and likely for the next if he wants it, Pierce might hold the most secure seat in the Indiana General Assembly. Republicans haven’t contested the district since Pierce won 70% of the vote against a Tea Party insurgent in 2010; his only general election opponent in the past decade was an IU junior running as an independent, whom he beat by a wider margin. Nor has Pierce drawn any challenges in the primary, somewhat unusual for candidates in safe districts. – Kevin Morgan 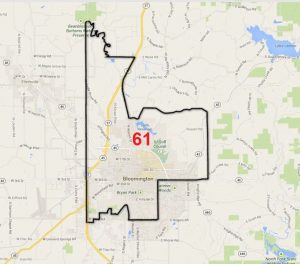