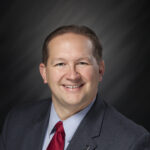 Indiana House District 81 includes inner and outer suburbs to the north and west of downtown Fort Wayne, a population mix that has provided some competitive elections in recent years. In 2012, first-time candidate Martin Carbaugh upset a 10-term incumbent who previously served two terms as mayor of Fort Wayne. After relatively easy wins in the next two elections, Republican Carbaugh had a close one in 2018 after outspending his opponent 10-to-1. The House Republican Campaign Committee, aiming to hold every seat it could to preserve its supermajority, put more than $150,000 into the district. One Carbaugh mailer pictured rioting revolutionaries to whom it appeared to liken the Democratic candidate, an office manager at his family’s asphalt business.

A financial planner, Carbaugh is chairman of the House Insurance Committee and his legislation often delves into the details of business law. His authorship of a so-called payday loan bill in 2018 drew headlines. The bill would have allowed subprime lenders to offer short-term loans at three times the APR, a provision that critics decried as predatory while supporters said it offered a way for those with bad scores to rebuild credit. One House Republican arguing for the bill famously said it provided for “hillbilly venture capital.’’ The bill stopped short of final passage and Carbaugh said he didn’t plan to carry it again; a similar bill from another House Republican in 2019 also failed to pass. One that did pass in 2019 was a Carbaugh-authored measure to nearly double fines on employers whose knowing violations of safety codes result in employee deaths; the legislation followed the death of a young woman who, in her third day on the job, became caught in a press at a Fort Wayne plastics factory.

Carbaugh’s opponent in 2018, Kyle Miller, raised Carbaugh’s support of the payday loan bill as an issue during the campaign; Carbaugh blamed the close outcome of the election on constituent unhappiness with the bombastic style of Republican President Trump, telling the Fort Wayne Journal Gazette, “I share some of those concerns, though I can’t argue with the results.’’  The two had a rematch in 2020, with Carbaugh winning by a slightly smaller margin.

In endorsing Miller over Carbaugh in 2018, the Journal Gazette cited his call for an independent commission to redraw congressional and legislative districts. The present configuration, Miller said in an interview, leaves challengers with unfairly long odds against incumbents. Once a challenger himself, Carbaugh might counter that the odds are not always impossibly long. – Kevin Morgan 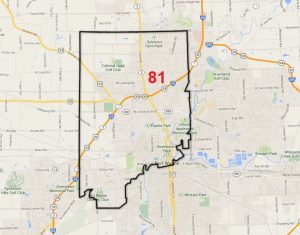