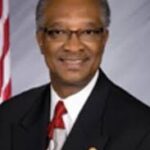 Indiana Senate District 2 extends from the Illinois line through the city of East Chicago, where in 2016 the Environmental Protection Agency confirmed suspected lead contamination in a public housing community built on the site of a former lead smelter. The contamination drew comparisons to the water crisis in Flint, Mich., which had come to light two years before, and it added to the socioeconomic woes of a city that had never recovered from the dismantling of its steel factories. The district is represented by Lonnie Randolph, an attorney and Lake County political fixture who first served in the Indiana Senate in the 1990s, then left for a stint as East Chicago city judge.

In 2008, Randolph returned to the Senate and a Democratic minority that has continued to shrink in the 12 years since. East Chicago’s population is among the state’s most distant from Indianapolis, and his legislative efforts to address its economic, social and environmental needs seldom find their way to the governor’s desk. In 2020, he found bipartisan support among the northwest Indiana delegation for his bill to require, at least once every two years, drinking water testing in every school building in Lake County for lead contamination; the bill made it through the Senate but the House opted to pass its version with similar provisions which was passed and signed into law. More often, Randolph’s bills die in committee in the Senate, and he tends to introduce some in consecutive sessions – among them bills to abolish the death penalty, to increase limits on expulsions and suspensions, and to forgive emergency loans made to East Chicago schools.

Like Vernon Smith, one of his Lake County counterparts in the House, Randolph will take the floor to argue long and hard against Republican-backed legislation well on its way to passage. Among his most impassioned arguments came in 2019, against an amendment that removed mention of race as well as sexual orientation, gender identity and other personal characteristics from a hate crimes bill that he co-authored. With bipartisan backing, the bill had sailed through committee intact, usually an indication of passage on the floor. In a 12-minute speech directed to Republicans who supported the amendment, Randolph seemed to suggest they were keeping a distance from his sizeable black constituency, both inside and outside of his district, asking, “What do we have to do? What do we have to do to earn your respect and recognition? What is it? Tell me what it is, and we will do it.’’

On his home turf, the votes come far more easily for Randolph. He hasn’t faced a general election opponent since overwhelming a Republican in 2008. More unusually in the competitive world of Lake County Democratic politics, he hasn’t faced a primary challenge since 2008. — Kevin Morgan

SB 148-2020 (Zoning and housing matters). Was amended to overrule local tenant protection measures like those in Indianapolis,  Bloomington and Merrillville. Vetoed by governor. No 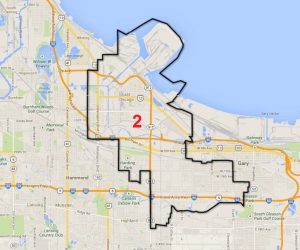