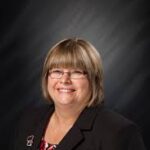 Karen Engleman has made her mark in Indiana state government since she took office in 2016. She already is part of the House Republican leadership team as assistant majority caucus chair and has received a top award from a national magazine.

In 2018, she was honored as a Public Official of the Year by Governing magazine for her legislative efforts that year to prevent sexual harassment in Indiana.

Engleman didn’t start out with sexual harassment training in the forefront of her mind. The bill she authored called only for mandatory training classes annually for local government leaders and the funds to pay for them.

But Rep. Cherrish Pryor, D-Indianapolis, had the idea for a new law requiring one hour of sexual harassment training for all state lawmakers annually. Pryor had observed other state governments struggling to manage sexual harassment charges rolling in as the #MeToo movement gathered strength. She told The Indianapolis Star that she wanted to avoid similar scandals in the Hoosier state and figured education was prevention. However, the Indianapolis Democrat’s idea came after the deadline to submit bills in 2018.

So, she submitted an amendment to Engleman’s bill. The Southern Indiana lawmaker agreed Pryor had a good idea and propelled the revised bill forward, gathering unanimous support from the House. Engleman remained a flexible team player as the state Senate tinkered with the House bill, stripping away any mention of training courses for city, county and town elected officials. The final bill, soon signed into law, focused solely on sexual harassment training for General Assembly elected officials, Pryor’s amendment.

“The reason you need a policy is because what one person finds offensive, another person might find to be quite all right,” stressed Engleman in an interview with Governing. “It’s important to spell out the rules.”

House District 70 encompasses the southern-central area of Indiana, which includes parts of Clark, Floyd and Harrison counties and is part of the Louisville metropolitan area. Since 2010, voters in House District 70 have chosen Republican women to represent them. The trend began with State Rep. Rhonda Rhoads, R-Corydon, who retired in 2016. She defeated Paul Robertson, D-Depauw, in 2010; Engleman made an unsuccessful run against Robertson in 2000.  But with strong financial backing from then-Gov. Mitch Daniels, Rhoads finally unseated Robertson after he had held the seat for 32 years.

In other legislation aimed to prevent harassment or abuse, Engleman sponsored a bill in the last year that gave victims of harassment or abuse the right to keep their addresses confidential. The bill was signed and enacted earlier this year.

Continuing that pattern of looking out for Hoosiers whose rights and protections have often been overlooked, Engleman sponsored a bill requiring the minimum age to get married to be 18. Before the proposal, it was legal in Indiana for youth as young as 15 to get married, as long as they had parental approval. Teens in abusive relationships were often forced by their parents to get married to their spouse that was years older, and this bill is meant to stop that from happening.

In an interview with Tom Davies of the Associated Press, Engleman said girls who marry before they turn 18 are at greater risk of experiencing sexual or domestic abuse by their spouses. “It will help minor children not get into these situations,” she said.  The bill became law on July 1, making 16 the minimum age to marry in Indiana. Also, now Hoosiers under 18 are no longer allowed to marry anyone four or more years older than them.

In yet another effort to help victims, Engleman pointed out the state’s crisis with human and child trafficking and authored a bill that became law on July 1, 2019 requiring the Department of Child Services to determine whether it should add an employee dedicated to handling such trafficking. The department now has a human trafficking coordinator in place, thanks to Engleman’s efforts.

She authored a bill prohibiting discrimination of pregnant employees, which would also require the employer to provide women simple accommodations, such as a short break during the workday. Three other women lawmakers, two of them Democrats, became co-authors. Engleman garnered support from both parties and 30 Indiana organizations, but the bill didn’t pass.

One of the bills she co-authored made history in 2017, bringing Gov. Eric Holcomb’s first veto. The bill, passed by both houses, would have imposed a $20 per hour search fee requests that take longer than two hours to complete. It was intended to cut down on vague public record requests that sometimes take hours or weeks to fulfill.

As former Harrison County auditor, Engleman noted how her workday couldn’t accommodate such searches. “Some people come in and ask for hours and hours of research to be done,” Engleman said. “We don’t get paid anything for doing that.”

But Holcomb said he vetoed the bill because a law like this would contradict his commitment to great government service at a great value.

Members of the House, including Engleman voted against an override, and she continued on her fast pace, advocating for public safety legislation—and a keen commitment for education.

“Our children are our future, they have to receive a good education,” she said in a 2016 Farm Bureau meet-the-candidates event.

She elaborated on that commitment during an interview with Jason Thomas of The News Tribune in October 2018 during her re-election campaign.

“I helped pass bills to add case workers for state family services, help prevent teen suicides, improve daycare safety and fund increased security at our schools. We need to continue helping our children by also increasing funding for our local schools and providing the necessary education and training for them to acquire high paying jobs.”

Another example: Along with many other legislators, Engleman sponsored a resolution recognizing and defining dyslexia, presumably to define and provide credibility for the reading disability that has come under scrutiny among some researchers.

However, the Indiana Coalition of Public Education, a bipartisan, nonprofit organization, assigned Engleman a D or “below average” grade for her public school support. The nonprofit determined in 2018 that Engleman’s voting record showed that she had done too much to promote private schools, taking support and money away from public ones.

Engleman is cognizant that money matters in making reforms take hold. During her three terms as Harrison county auditor, one of her goals was to balance the budget and she succeeded.

“It’s very important to me that we have a balanced budget, and we know where our money is,” Engleman said when first running for the office in 2016.

But that still isn’t all that Engleman is committed to accomplishing. Raised on a dairy farm and the oldest of seven children, she knows what small town life is like.

“Farmers, we are going to have to help them because they are feeding the world,” Engleman said, emphasizing the need to maintain farmland in her district. One step toward that effort was sponsoring a bill, now law, that prevents and supports beekeeping, so crops get the pollination needed. Because Engleman and her husband own a beef farm themselves, supporting agricultural challenges comes naturally.  — William G. Andrews 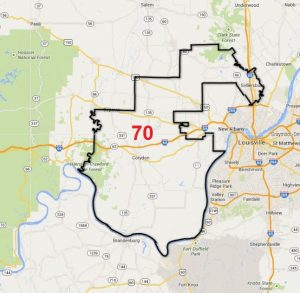