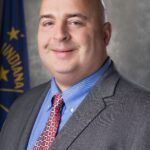 Election Night 2014 was notably bad for Indiana Senate Democrats as their minority in the 50-member chamber shrank to 10. Among the departures was Tim Skinner, a Terre Haute schoolteacher who had represented Senate District 38 for three terms. He lost to Jon Ford, listed in his campaign resume as president of a Terre Haute-based manufacturer and distributor of food service equipment owned by his stepmother's family.

Barely a week after the election, the headlines in Terre Haute focused on Ford being sued by the company, which he acknowledged had been his former employer since his leaving the previous April; the suit, over Ford's use of company funds, was settled two years later after Ford countersued his stepmother. He since has joined the staff of a regional economic development group.

As a legislator, Ford began in his first term to champion Terre Haute as the site for a new land-based casino, sponsoring legislation in 2017 to move unused games from the struggling Rising Sun casino in southeastern Indiana. The bill died in committee but two years later, legislation authored by Ford and Mark Messmer, R-Jasper, included the transfer of a Lake County license to Vigo County, and with the bill's passage, plans began for a new casino ou the outskirts of Terre Haute. The plans were soon thrown off course by allegations against the originally licensed owners, and the future of the project remains unclear.

Ford was named chairman of the Senate Elections Committee before the 2021 session, just in time to play a leading role in the decennial redistricting of the state's congressional and legislative districts, a process delayed by months due to the coronavirus pandemic. Advocates of redistricting reform have seen him as a potential ally due to his co-authoring legislation in 2018 that would have created a commission balanced with legislators of both parties and members of the public; the bill died in committee and like other Republicans at the center of the redistricting process in 2021, Ford was tight-lipped on the topic. Though credited for his handling of public hearings and dealings with his colleagues during the process, Ford was widely seen as falling into line with the rest of the Republican legislative supermajorities in shepherding redrawn maps seen as likely to preserve those supermajorities for another decade.   -- Kevin Morgan 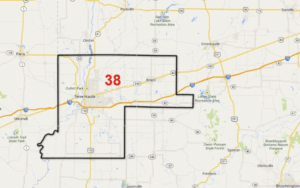