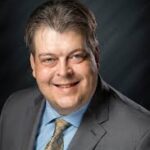 Just beyond the southern suburbs of Indianapolis, Indiana House District 47 centers on the city of Franklin and includes surrounding rural areas of Johnson and Morgan counties. It is represented by John Young, a Franklin attorney from a family of former Johnson County officeholders. When a 10-term incumbent retired in 2012, Young ran but finished second in the Republican primary; when the seat opened again in 2016, he ran again and won.

In an interview soon after taking office, he said his desire to be a legislator came from his experience watching from the sidelines as an attorney for local government boards. Though he was “just there to give legal advice,” the process whetted his appetite for a more active role. “I may totally disagree with how a board ends up voting, but that’s not my job. Those individuals are either elected or appointed by the proper authorities, and they’re the ones responsible. Now, I am the one making those decisions.’’

A former deputy prosecutor, Young’s authored legislation during the past four sessions deals almost exclusively with the operations of Indiana courts and civil and criminal law, often delving deep into the details. Of his two bills to pass and be signed into law in 2020, one cleaned up typos and grammatical errors in the Indiana Code and the other increased the filing limit for small claims courts from $6,000 to $8,000.

In 2019, Young was among several legislators in both parties to introduce legislation to decriminalize possession of various quantities of marijuana. Young’s proposal was among the least lenient, setting the limit at one ounce and applying only to those ages 21 and older; the prosecutor’s office in neighboring Marion County since has initiated a policy of not filing charges for possession of less than an ounce. Other legislators set the limit higher or provided for outright legalization. Despite decriminalization across state lines in Illinois and Michigan, the Republican legislative leadership remains opposed to a change in the law, and neither Young’s nor any of the other bills made it out of committee.

Johnson and Morgan counties are Republican strongholds and, as with Young’s predecessors, incumbents tend to continue serving until they decide to retire. Young won both the 2016 and 2018 general elections by more than 10,000 votes and was unopposed in 2020. – Kevin Morgan 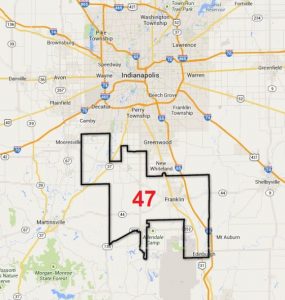