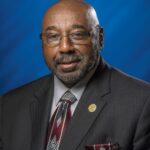 As it extends north and east from Downtown Indianapolis, Massachusetts Avenue quickly leaves behind the bars and arts venues where it is known as Mass Ave and becomes an industrial corridor that finally reaches a progression of neighborhoods in and around the city of Lawrence. Some of these midcentury suburbs have struggled in recent decades to hold off the poverty and violence of communities to their south; others reflect the continuing affluence and commercial development to the north of Lawrence. Together, they comprise Indiana House District 95, represented since 2007 by John Bartlett, a retired tool-and-die maker who made headlines in 2015 when, at 66, he received his bachelor’s degree from Martin University in Indianapolis.

Bartlett’s legislative tenure, served mostly in a Democratic minority with little leverage, might be most notable for the range of topics on which he has taken the lead. Bartlett was one of the most vocal in his caucus in opposition to Republican backed right-to-work legislation, which led to a lengthy walkout by Democrats in 2011; at one point, the former UAW member was quoted as telling Republicans, “when you said this is a good bill for unions, obviously you have never been a union employee.”  In 2013, he led an unsuccessful attempt on the House floor to amend Republican legislation involving local government control over private business to include a $1 increase in the state minimum wage. In an unusual coalition with Republican social conservatives,

Also in 2013, after an Indianapolis school bus crash killed a 5-year-old girl, Bartlett authored legislation that would require all school buses in Indiana to be equipped with seat beats; opponents cited the costs involved, about $10,000 per bus, and the bill was assigned to a House committee from which it did not emerge. Bartlett has continued to introduce similar legislation in sessions since but with the same result. In an unusual coalition with Republican social conservative, Bartlett in 2017 authored a school prayer bill, passed and signed into law, which allows students in Indiana schools to pray or engage in religious activities before, during and after the school day. Seven members of the Democratic caucus voted against it. Bartlett argued the bill was an attempt to alleviate widespread confusion among educators as to what was allowable, saying it “only puts prayer back into schools. It does not mandate or force students to participate in it. It is giving Hoosiers the ability to express their faith without fearing discrimination.’’

Appointed to replace a legislator who retired before the end of her term, Bartlett has had little difficulty winning reelection. Republicans have not fielded a candidate since 2010, when Bartlett won by a 3-to-1 margin. After turning back a challenge in the Democratic primary, he once again ran unopposed in 2020. – Kevin Morgan 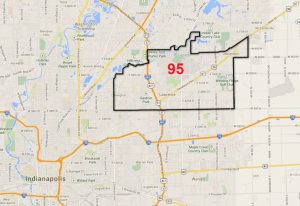