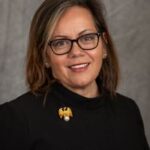 When Wes Culver announced in 2017 that he would not seek reelection as the representative from northeastern Indiana House District 49, it made news around the state, and not because Culver would be retiring. News coverage instead focused on the leading candidate to succeed him, Christy Stutzman, wife of former U.S. Congressman Marlin Stutzman. News coverage focused heavily on a congressional ethics investigation into Marlin Stutzman’s use of campaign funds for personal use during an unsuccessful bid for the Republican nomination for U.S. Senate in 2016; the expenditures included a family trip to California from which Christy Stutzman posted photos on Facebook.

But for as attention-getting as her arrival in the Indiana General Assembly might have seemed, her departure might have been even more so. Elected in 2018 without Democratic opposition and reelected on Nov. 3, 2020, with more than two-thirds of the vote against a former worker in the Pete Buttigieg presidential campaign, Stutzman announced her resignation from the House three weeks later. The reason, she announced on her Facebook page, was public health restrictions ensuing from the coronavirus pandemic and more specifically, the impact on her business, for which she blamed Republican Gov. Eric Holcomb.

Culver was among the candidates that a district GOP caucus considered to replace Stutzman, but after four rounds of voting, the winner was Joanna King, a longtime school board member in the Elkhart County town of Middlebury. whom Stutzman had endorsed. King assumed her place, as had her predecessor, among the ranks of social conservatives in the House Republican caucus. She was among a majority of House Republicans to buck leadership in voting to remove rape and incest as exceptions to the 2022 abortion ban, but voted for the ban with the exceptions intact on its final passage. – Kevin Morgan 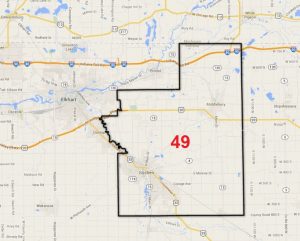