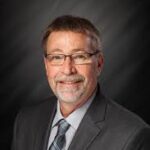 Indiana House District 20 covers most of rural LaPorte County, skirting Michigan City and extending south into Starke County. It is represented by Jim Pressel, a LaPorte County homebuilder elected as a first-time candidate in 2016 after the Republican incumbent opted not to seek reelection; his biography notes that he had helped to start building trades programs at two of the county’s high schools. Prior to the 2020 session, he was named chairman of the House Committee on Government and Regulatory Reform, a position in which Pressel said he hoped to carry on Republican-led efforts to cut government red tape and unnecessary regulation.

New legislators often are counseled to identify and develop an area of expertise, and Pressel has become associated with issues of traffic safety. In 2018 and 2019, he introduced bills to limit the use of cell phones by Indiana drivers; his 2019 legislation also would have allowed some authorities to hire outside companies to use video cameras to enforce speed limits in construction zones and to identify drivers who ignore the stop arms on school buses. Both bills were assigned to a House committee and did not advance further. By 2020, with backing from the Holcomb administration and Republican legislative leadership, Pressel was co-author of legislation, passed and signed into law, that addressed distracted driving by making it a Class C infraction, punishable by fines up to $500, to hold a cell phone while driving. In 2019, Pressel also gleaned some news coverage by authoring a bill, passed and signed into law, which allowed court costs to be paid off through volunteer work or community service at $7.25 per hour; he noted that otherwise, those unable to pay would remain in jail and leave taxpayers to foot the bill.

The district is Republican-friendly and becomes more so as it extends south along U.S. 35; as with his predecessor, Pressel’s winning margins have been several thousand votes; he won by more than 10,000 in 2020. He was among more than a dozen in his caucus to fend off primary challenges from the right funded by the Liberty Defense PAC; Pressel won with about 65 percent of the primary vote.  – Kevin Morgan 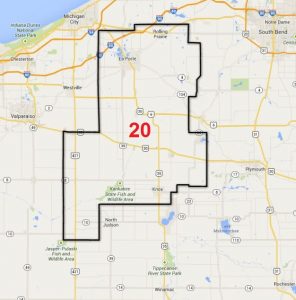