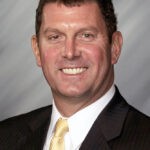 For the past six election cycles, voters in this sprawling southern Indiana district -- which grew to sprawl even further through the 2021 redistricting -- have endorsed a conservative firebrand known for his push to strongly expand gun rights and legalize medical marijuana, as well as his penchant for social media posts that stir controversy.

During his tenure, Jim Lucas has introduced unsuccessful legislation that would significantly reduce penalties for possession of small amounts of marijuana and expand gun rights to the point of allowing Hoosiers to carry firearms without a permit. But it’s been his social media posts that have gained the most attention, with critics decrying them as misogynistic and racist.

One post in May 2020 resulted in House Speaker Todd Huston punishing Lucas by removing him from two interim study committees and stripping him of his vice chairmanship for the standing committee on government reduction. Lucas’s offending Facebook post was criticized as overtly racist. Lucas told IndyStar he deactivated his Facebook page and accepted Huston’s decision. “I will say it until I am blue in the face,” Lucas told The Indianapolis Star. “I am not a racist.”

The voters didn’t seem to mind. Lucas won the general election in 2020 with 67 percent of the vote – about the same as in 2018 – and the only contest was between the second- and third-place finishing Democratic and Libertarian candidates. Through redistricting, Lucas' district was redrawn to include the Salem residence of another incumbent, Steve Davisson, but Davisson died of cancer in September 2021 before the redistricting process was complete. During deliberations on the 2022 abortion ban, Lucas kept an uncharacteristically low profile, following House Republican leadership in voting against an amendment to remove rape and incest as exceptions. He voted for the ban with the exceptions intact on its final passage. – Greg Weaver

HB 1015-2019 (Various gaming matters). Allowed sports betting statewide and table games in more casinos, relocated a casino in Gary and authorizing a new one in Terre Haute.  No 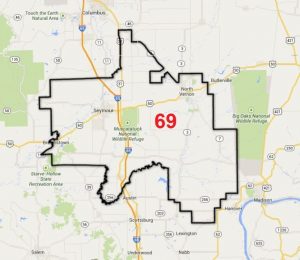