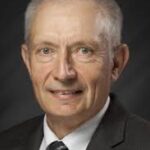 Indiana House District 28 covers the furthest reaches of western suburban Indianapolis in Hendricks and Boone counties, much of it farm country. It has been represented since 1998 by Republican Jeffrey “Jeff” Thompson, a high school teacher now retired and son of a former state senator. In 2022, he was named chairman of the powerful House Ways and Means Committee, somewhat suddently reaching the House hierarchy in a year in which many of his longtime peers were retiring.

Until his elevation, though not the chamber’s most vocal advocate of social conservatism, it is probably on that issue that Thompson had drawn the most news coverage. In 2012, he was blocked in attempts to add amendments to three different bills to revoke specialty license plates for the Indiana Youth Group, a support group for LGBT young people; the group later lost its plates on an administrative technicality.

The bromide that it’s not over until it’s over has its own meaning in the Indiana General Assembly; bills that appear safely headed toward passage can be derailed at the last minute, and new provisions can suddenly appear through amendment, even in the final hours of a session, and be passed into law. More than most legislators, Thompson has been associated with the latter. In 2013, he successfully added an amendment ahead of a key legislative deadline to bar Indiana schools from deducting union fees from teachers’ paychecks; the amendment was added to a bill on an unrelated topic. Late in the 2020 session, one of Thompson’s bills was amended in the Senate to allow charter schools to share in the funding gained through tax referendums; with Thompson’s backing, the amended bill was passed and signed into law.

In September 2022, as the retirement of House Ways and Means Chairman Timothy Brown approached, Thompson was named to succeed him. A subsequent profile in the Indiana Capital Chronicle highlighted Thompson's seniority among his peers and reputation as a quiet -- the headline referred to him as "introverted" -- and thoughtful legislator well-suited for the tedious process of writing a state budget.

Though adjacent to suburban areas that have undergone some Democratic realignment of late, Thompson’s district is solidly Republican; all its precincts went for Trump over Clinton in 2016, most by a 2-to-1 margin. Thompson tends to win by similar or wider margins when Democrats field a candidate in the general election, including in 2020. – Kevin Morgan 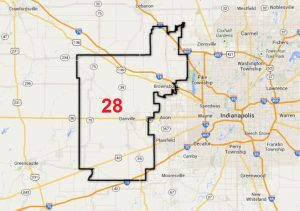