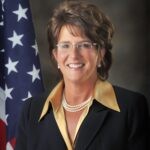 The most famous politician in the 2nd Congressional District, former South Bend Mayor Pete Buttigieg, may have had a better shot at winning the presidency than winning an election to represent his neighbors in Congress. After all, he did win the Iowa caucuses and the New Hampshire primary. And more Americans have voted for Democrats than Republicans in six of the last seven presidential elections.

The trend has turned strongly toward Republicans in the 2nd District. The district was usually competitive in the 2000s, with Republican Chris Chocola winning in 2002 and 2004 and Democrat Joe Donnelly winning in 2006, 2008 and 2010. But after the 2010 Census, the district was redrawn to eliminate a part of Kokomo, with a strong union tradition. South Bend, a longtime Democratic stronghold in the state, remains the largest city in the district. But with just over 100,000 residents, fewer than one-seventh of the district’s residents are part of that Democratic stronghold. The district has been represented since 2012 by Republican Jackie Walorski.

Walorski lost narrowly in her first race for Congress in 2010, then won narrowly in 2012 after redistricting. Beginning in 2014, she’s won her races by 10% to more than 20%; her winning margin over Democrat Patricia Hackett in 2020 was 23%. She’s staunchly conservative on social issues and generally agrees with mainstream Republican positions. She doesn’t appear to spend much time on raising her national political visibility, instead concentrating on protecting the district’s interests and looking for ways to address specific problems. For example, she worked to make it easier and safer for members of the military to report sexual assault, examine the federal food stamp program, and include promotion of non-opioid pain relief in legislation to combat opioid addiction. She sometimes works with Democrats on veterans, defense and family and children’s wellbeing issues.

Walorski never picked a fight directly with President Trump, but when presidential priorities conflict with the interests of the 2nd District, she says she fights for the district. An example: The 2nd District, according to a 2015 analysis has the second-highest share of manufacturing jobs in the nation — 23.1%. Walorski objected to the effects of higher trade tariffs on auto-industry suppliers, and reported that she went “eyeball to eyeball” with Commerce Secretary Wilbur Ross on the subject. — Bob Caylor 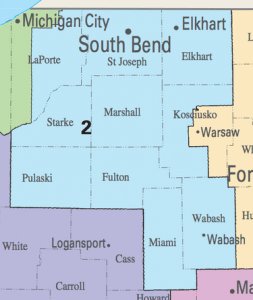