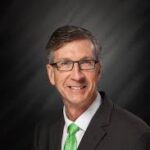 When the state laws of Indiana were organized and collectively published as the Indiana Code for the first time in 1971, they consumed all of four volumes. But in the state office responsible for the annual publication of the code, there’s a saying that it is a growth industry – and over the course of the 50 annual legislative sessions since that first publication, the number of volumes increased to more than 30. According to Jack Jordan, state representative from north central Indiana House District 17, that’s more than enough. Elected in 2016, Jordan, a Republican and retired pharmaceutical businessman who is the seventh generation of his family in surrounding Marshall County, was asked if he had authored any legislation in anticipation of his first legislative session. His reply set the tone for his legislative path in that session and the three since: “I have not, on purpose. … I think we have way too many bills and laws. So every law we have is less freedom.’’

House members generally are limited to filing five bills per session. Since his arrival for the 2017 session, Jordan has filed a total of four. One made it into the law books, and it was among the most publicized of the 2020 session. Calling it the “school freedom bill,’’ Jordan proposed that Indiana schools be allowed to ask the state education board for waivers from laws surrounding curriculum or other matters if they could prov it would benefit their students. The bill also made optional, rather than required, a training regimen that teachers had protested during a massive Statehouse rally in which they also demanded statewide pay raises – a demand about which Jordan expressed reservations, particularly if it came to using state surplus dollars to pay for them. A former Bremen school board member, he said – a few months before the coronavirus-triggered downturn in state finances – that the surplus should be saved for emergencies, leaving it to local school boards to deal with the pay of teachers in their districts.

Hometown of Otis Bowen, the country doctor who became one of Indiana’s most consequential governors and later a member of the Reagan cabinet, Bremen is solidly Republican, as is the rest of Jordan’s district. In both 2016 and 2018, Jordan overcame challenges in the Republican primary by a Bremen school board member running as more socially conservative and went on the win election over Democrats by a 2-to-1 margin. In 2020, he faced no primary challenges and increased his general-election margin to nearly 3-to-1; Democrats didn't field a primary candidate in 2022 but later filed the ballot vacancy. — Kevin Morgan 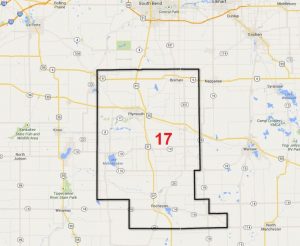