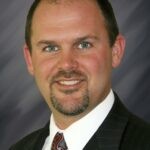 Indiana House District 38 is a rural four-county patch in north central Indiana bounded roughly by Logansport, Lafayette and Kokomo; its largest city, at 15,800, is Frankfort. Except for one two-year term, the district has been represented since 2008 by Heath VanNatter, a Republican and owner of a construction business in Kokomo. Selected by district party officials in 2008 to complete the term of a departed House member, VanNatter served in one legislative session but lost in the next primary election; he sat out two years in Kokomo and was elected in his own right in 2010.

As a legislator, VanNatter has drawn news coverage for accepting gifts from lobbyists. The alternative weekly Kokomo Perspective reported in November 2017 that according to a review of Indiana Lobby Registration Commission records, VanNatter had since early 2015 received $18,605.68 in gifts that “spanned the gamut from meals and drinks to athletic event tickets and tickets to suites in Lucas Oil Stadium. Concert tickets, WWE match tickets and Monster Jam tickets also were found to be gifts given to the legislator.’’ The news story contrasted VanNatter’s reported gifts with those of three other Kokomo-area legislators, which together came to just under $3,500.

Also in November 2017, an Indianapolis Star news story on utility-backed legislative proposals to phase out net metering, a credit given to solar consumers for energy they produce, noted that VanNatter was the legislature’s top recipient of gifts, entertainment and campaign contributions from Indiana utilities and their PACs from 2015-17. The Star story reported that in 2015, as vice chairman of the House utilities committee, VanNatter cut off testimony in a committee hearing from opponents of a net-metering bill, a procedural breach that might have been responsible for the bill’s failure to advance to the House floor. Legislation to begin phasing out net metering passed and was signed into law in 2017. VanNatter is no longer a member of the utilities committee.

In 2015, VanNatter was co-author of three bills aimed at eliminating or reducing regulations on firearms, including one to prohibit regulation at state colleges and universities and another allowing “constitutional carry” and repealing the law requiring a license to carry a handgun; none of the bills made it out of committee. The most recent of VanNatter’s authored bills to pass and be signed into law was one in 2018 to establish that when blood samples must be taken from newborn infants for required testing, such as to ensure early detection of disease, the procedure should be done within 24 hours after birth or immediately before discharge.

In 2019 and 2020, VanNatter was among several legislators in both parties to author bills decriminalizing possession of varying amounts of marijuana. VanNatter’s proposal would have set the limit at two ounces; the prosecutor’s office in Marion County has initiated a policy of not filing charges for possession of less than an ounce. Other legislators set the limit lower or provided for outright legalization. Despite decriminalization across state lines in Illinois and Michigan, the Republican legislative leadership remains opposed to a change in the law, and neither VanNatter’s nor any of the other bills made it out of committee. Also in 2020, VanNatter broke with party leadership to vote against some key bills in the Republican legislative agenda including raising the age to buy tobacco and vaping products to 21 and making it an infraction to hold a cell phone while driving. He also was among the majority of House Republicans to attempt defy leadership -- unsuccessfully, as a result of unanimous Democratic opposition -- to remove rape and incest as exceptions to the 2022 abortion ban.

VanNatter’s district, in its present configuration, has never elected a Democrat. VanNatter faced the same Democratic opponent, a Clinton County middle school teacher, in 2018 and 2020, winning reelection both times by 2-to-1 margins, and ran unopposed in 2022. – Kevin Morgan 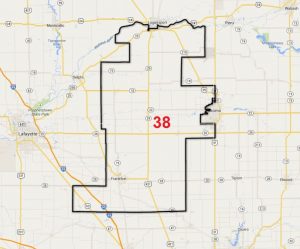