Competitive districts are rare in most legislatures, and voters in Indiana usually reelect incumbents by wide margins if they face any opposition at all. Not so in House District 15, where – as in a few others around the Chicago exurbs of northwestern Indiana – the two-party system is alive and well. You can ask Harold “Hal” Slager, a Republican whom some credit with the biggest economic boost the Region has seen in years. Running in a reconfigured District 15 in 2012, Slager was elected to his first term by only 550 votes, followed by more comfortable margins in winning his second and his third, during which he was primary author of the legislation authorizing the celebrated double-tracking of the South Shore Line. In 2018, Slager lost to Chris Chyung, a 25-year-old with an engineering degree from Columbia, by 82 votes. News coverage suggested that Slager underestimated his opponent; Chyung said he simply outcampaigned the incumbent.

Slager announced early on that he was running again in 2020, arguing that Lake County needed another Republican to do its bidding in the House majority that’s expected to continue past November; he also said he ran a poor campaign in 2018. After a race that ranked among the state’s most expensive for a legislative seat – both of the campaigns spent at least $95,000, according to campaign finance reports filed in October – Slager won back the seat, this time by a margin of about 1,000 votes.

In an election night interview with The Times of Northwest Indiana, Slager said it was “the best campaign we’ve ever put together, but it was also the most competitive and the most difficult.’’ Chyung blamed his defeat on weakness at the top of the Democratic ticket and ineffective messaging by the state party organization, telling political commentator Adam Wren, “Even the folks who were endorsed by the police, like myself, got branded as ‘defund the police-ers.’’ Chyung since has relocated to Washington, D.C., and Slager will face a new challenger in 2022. – Kevin Morgan 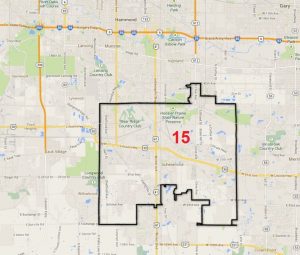