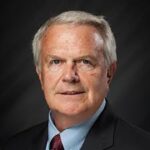 Since 2006, this Republican-dominated district in the western Indianapolis suburbs of Hendricks County has been represented by Greg Steuerwald, a long-time county government attorney who has risen through the House Republican ranks to become majority caucus chair.

In his successful bid for an eighth term in 2020, Steurerwald pointed to his record of judicial and criminal justice reform. He led the first major of overhaul of Indiana’s criminal code in 30 years, with a focus on providing certainty in sentencing and keeping the most violent offenders in prison longer. Other reforms increased funding for mental health treatment and rehabilitation programs for offenders.

Steuerwald also was the author, in 2019, of an amendment that led to Indiana’s controversial new hate crimes law. The measure was aimed at removing Indiana from a list of five states without such a law, but it drew heavy criticism from LGBTQ advocates for not explicitly providing prison sentence enhancements for crimes committed against a victim due to their gender or gender identity. Steuerwald said the law’s intent is to “cover every form of hate and treat every form of hate the same.”

In 2021, he took on another heavy lift, accepting House Speaker Todd Huston's request to author the decennial redistricting bill -- "I had no idea what I was asking,'' Huston said later -- yielding maps praised by his fellow Republicans for their compactness and contiguity with county lines and blasted by Democrats as a blatant gerrymander destined to preserve the GOP supermajorities; both sides generally praised Steuerwald for his professionalism and dealings with his colleagues during the process. Steuerwald also supported party leadership in voting for the 2022 landmark abortion ban and in opposing attempts to remove rape and incest as exceptions to it. – Greg Weaver 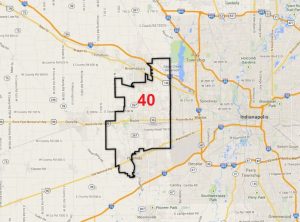