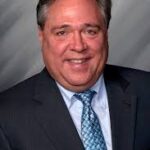 House District 39 is comprised of a large portion of Hamilton County’s Clay Township and includes parts of the city of Carmel, one of the wealthiest in the nation with a median household income of $94,644. The state’s median is $54,325.

The district’s overwhelmingly Republican constituency has allowed its 13-term state representative, Jerry Torr, to carry some of the state’s most pro-business and anti-union legislation in recent decades with little fear of electoral backlash. Torr was the author of the right-to-work law which drew thunderous throngs of union protesters to the Statehouse in 2011, as well as the repeal of the “prevailing wage” law, which allowed a board of contractors and taxpayers to set baseline wages for public construction projects worth more than $350,000.

In 2019, he faced  criticism for providing title insurance and closing services for Spectacle Entertainment’s purchase of two Indiana casinos and then voting for legislation to allow Spectacle to move the casinos to more lucrative locations. Torr voluntarily gave up his estimated $3,000 to $4,000 commission from the deal with Spectacle prior to the vote. Also during his tenure, Torr also has gained attention for his push against gerrymandering, sponsoring legislation to create an independent panel to draw legislative districts every 10 years; in 2021, he supported the Republican-led decennial redistricting over criticism of gerrymandering.  He also supported party leadership in voting for the 2022 landmark abortion ban and in opposing attempts to remove rape and incest as exceptions to it.

Despite the region’s history of GOP dominance, its high percentage of college graduates showed some movement toward moderation in the Trump era, especially on social issues. Hamilton County dumped incumbent state Sen. Mike Delph, a conservative stalwart, in 2018 in favor of Democrat J.D. Ford, the first openly gay man elected to the state legislature.

Torr has a mixed record on LGBTQ rights. He opposed a constitutional amendment to ban gay marriage in Indiana in 2014 but voted for the Religious Freedom Restoration Act and for a hate crimes law that LGBTQ advocates said didn’t go far enough. The law allows judges to enhance sentences for certain hate crimes but doesn’t provide explicit enhancements for crimes related to a victim’s gender identity, gender or age. Torr’s opponent in 2020, Ashley Klein, would have become the first openly lesbian member of the Indiana General Assembly; Torr won reelection over Klein with about 54 percent of the general election vote after a campaign that ranked among the state’s most expensive for a House seat -- and possible bought Torr some more breathing room. Democrats didn't field a candidate in the 2022 primary, though party officials later filled the ballot vacancy. – Greg Weaver 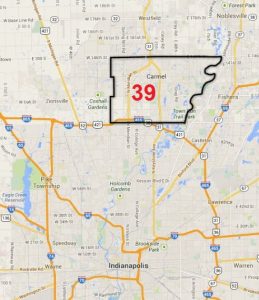