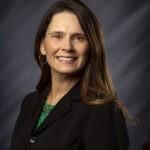 Indiana House District 35 is positioned between Muncie and Anderson and includes the small cities and towns scattered just beyond their borders. It’s a Republican-leaning constituency that occasionally will elect a Democrat, most recently Melanie Wright in 2014. Indiana’s is a legislature where most incumbents barely break a sweat at election time; if they have an opponent, they tend to beat them by thousands of votes. Wright could only wonder what that must be like. After a narrow loss in her bid to unseat the incumbent in 2012, her winning margins were 206 votes in 2014, a relative blowout of 1,514 in 2016, and 334 votes in 2018. She lost her seat in 2020 by more than 3,000 votes.

The winner was Elizabeth Rowray, a school board member in Yorktown who previously has lobbied at the Statehouse for a local economic development group as well as the Insurance Institute of Indiana. Rowray’s campaign announcement said she would focus on directing more state funding into Indiana classrooms and bringing more jobs to the area, which has struggled since the closing of automotive manufacturers. Another of the arguments in her favor, she told the Muncie Star Press, is that as a Republican, she would be a member of the House supermajority and thus more effective for her constituents.

Toward the end of a relatively low-profile first term, Rowray was among several Republican women in the House to share personal accounts of their being pro-choice or pro-life during debate on the 2022 abortion ban. From the House floor, Rowray said she had been both -- pro-choice when she was a younger woman and then pro-life when she became pregnant and had her first ultrasound. She was among the minority of House Republicans to side with leadership -- and all 29 House Democrats -- to keep rape and incest as exceptions to the ban. -- Kevin Morgan 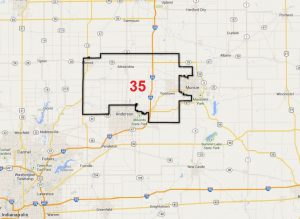 Part-time consultant in the non-profit sector.