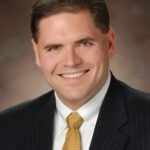 Southernmost Indiana was once a lonely place for Republicans. Not until the Nixon-era Southern Strategy did Democrats begin to give way, and when Ed Clere arrived in the Indiana House in 2009, he was the first Republican to represent Floyd County since the 1970s. As Clere’s tenure continued in District 72, party realignment accelerated and more Republicans legislators arrived to join the downstate contingent. It is now Democrats who are few and far between.

On occasion, Clere still finds himself on his own, and it’s in his own Republican supermajority. He’s a yes vote on most core Republican issues, and his scores are consistently high with fiscal conservative and business groups and the NRA. Clere fares as well as most in his caucus in getting his bills passed, often relating to public health and social services. He no longer sits on the House Public Health Committee and was removed as its chairman in 2015. Clere said his removal was because of his push for needle-exchange programs and an expansion of Medicaid in Indiana, both opposed by the Pence administration. House Speaker Brian Bosma said it was because Clere was rude to others in his dealings as committee chair.

Clere’s independent streak is most evident when the debate turns to social issues, particularly emotionally charged ones. In 2014, he was among the leaders of the Republican defection that brought down House Joint Resolution 3, which would have recognized marriages only between different genders, and in 2015, one of only six in his caucus to vote against the Religious Freedom Restoration Act, the enactment of which Republican leaders soon had to walk back. He often votes with Democrats against measures to curb abortion rights, and was one of nine Republican "no" votes on final passage of the 2022 abortion ban. A former reporter, Clere tried unsuccessfully to extend press freedoms to high school journalists; his bills to limit censorship by principals and other administrators were voted down in both 2018 and 2019, and he did not try again in 2020.

The centrist approach might be a good fit with House District 72, which is a mix of urban and rural with little in between. New Albany, situated across the Ohio River from suburban Louisville, accounts for slightly over half of the district’s population and for nearly all its political and racial diversity. Some of the city’s precincts went for Hillary Clinton in 2016, but they were the only ones in Clere’s otherwise deep red district. As in previous runs, Clere won his seventh term in 2020 by a comfortable but not the widest of margins, garnering just under 60% of the general election votes. – Kevin Morgan

HB 1001-2021 (State budget). Buttressed by a  revenue forecast that brought in $2 billion more than expected, the $37.4 billion biennial budget recommended to local school districts a starting teacher salary of $40,000 a year.

HB 1123-2021 (Legislative oversight of certain fiscal and emergency matters). Allows the General Assembly to call itself back into session during emergencies. Vetoed by governor, overridden. Under review by state courts.

HB 1581-2021 (Redistricting). Decennial redrawing of congressional and legislative district lines, defended for its compactness and attention to communities of interest, criticized for “packing” and “cracking” of urban districts and lack of competitiveness.

SB 148-2020 (Zoning and housing matters). Was amended to overrule local tenant protection measures like those in Indianapolis, Bloomington and Merrillville. Vetoed by governor, overridden.

HB 1070-2020 (Distracted driving). Made it an infraction to handle a cell phone while operating a motor vehicle.

HB 1001-2019 (State budget). Set funding for state agencies and services, including 2.5% annual increases for education, though not directly for teacher salaries. 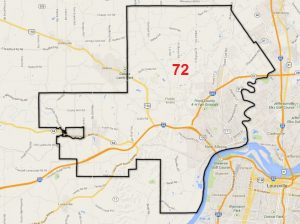