House District 4 centers on the college town of Valparaiso, within the same county but well removed from the steel mills and sand dunes along Lake Michigan. Demographically, it is more like the rural legislative districts to its south and east than the industrial urban core to its north and west.  Since 2006, the district has been represented by Edmond “Ed” Soliday, a Republican born and raised in Valparaiso. At 74, he is retired from a career with United Airlines which took him from pilot to executive, and his official biography places heavy emphasis on his role as an aviator, beginning with his service as a helicopter pilot in Vietnam.  As a legislator – one of the more tenured in his caucus – Soliday has made his biggest mark in public works such as a home-district flood control project on the Little Calumet River and, in 2017, a $1.2 billion road funding bill declared the biggest investment in infrastructure in Indiana history.

It might take weeks, sometimes months into a legislative session, but at some point Soliday will command his colleagues’ attention. On the final day of the 2017 session and after being chastised from the speaker’s rostrum for squabbling with an antagonist from the other side of the aisle, Soliday donned a construction worker’s hardhat and made a final, successful pitch for his roads bill,  centerpiece of Republican leaders’ legislative agenda, funded in part by a dime-per-gallon tax on gasoline. On the chaotic final day of 2018, when the House and the Senate were forced into adjournment without passing some of leadership’s most prized priorities, Soliday was among the few singled out for blame — for refusing to compromise and prolonging deliberation on one of his bills — and later lost his chairmanship of the powerful Roads and Transportation Committee.

In 2019, installed in a new committee chairmanship, House Utilities, he promptly found himself at the center of new controversy after introducing a late-session amendment to a Senate bill. Soliday’s move was criticized as a breach of protocol because the amendment was adopted without public testimony and as an attempt to prop up Indiana’s dying coal industry. Opposed by the utilities involved as well as environmentalists, it was amended out of the bill on the House floor. In 2020, Soliday was successful in gaining passage and enactment of a bill similarly seen as trying to slow down the phaseout of Indiana’s remaining coal-fired utilities; he argued that it was not intended to save coal in Indiana, only to ensure that there are sufficient alternative energy sources to take over where it  leaves off. With one of the legislature’s more competitive districts, he had a relatively close win in 2012, but his margins have been near 2,000 votes or more since; in 2022 -- the first election since the decennial redistricting, Soliday found himself unopposed in either party. – Kevin Morgan 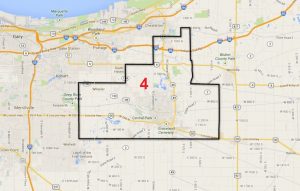