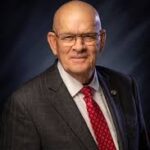 Indiana House District 16 extends east from the Illinois state line past ubiquitous wind farms along I-65 toward the small towns of north central Indiana. It has been represented since 2008 by Republican Douglas “Doug” Gutwein, whose family name also is ubiquitous in the area, running deep into the history of one of those towns, Francesville, and surrounding Pulaski County; he succeeded a cousin, Eric Gutwein, in the House seat.  A Vietnam vet who became a letter carrier before taking over a family business in Francesville, Gutwein has pursued a relatively quiet tenure, generally avoiding controversy and seldom taking the House floor except to present his own legislation or perhaps honor a retiring colleague.

The most notable exception came in 2012, when Gutwein was chair of the House Employment, Labor and Pensions Committee, to which right-to-work legislation had been assigned; the bill called for a ban on contracts that require workers to pay union fees for representation. Democrats on the committee prepared amendments to be offered during a committee hearing on the bill, which they criticized as union-busting; supporters of the bill said it would bring jobs to a state still struggling to recover from the Great Recession.

The hearing had been moved from a committee room to the House chamber because of the expected turnout, but drew a vocal pro-union crowd so large it spilled into the corridors outside – and became more vocal when Gutwein refused to hear amendments to the bill; chairs in the Indiana legislature wield almost absolute control over the bills assigned to their committees. According to news coverage of the hearing, Gutwein and a Democratic member of the committee “periodically shouted each other down’’ after his ruling. The right-to-work bill – a revival of one that triggered a six-week boycott of the legislative session by Democrats the year before – eventually passed and was signed into law.

Gutwein has not waded into such controversy since. In 2018, he drew news coverage for authoring legislation to add to Indiana’s list of required newborn screenings tests for spinal muscular atrophy and severe combined immunodeficiency;  the bill passed both chambers unanimously and was signed into law by the governor at an SMA fundraising event. In 2020, Gutwein proposed legislation to do away with renewal stickers on Indiana license plates, saying police could identify expired registrations electronically. The bill passed the House 97-1 but did not emerge from the Senate. 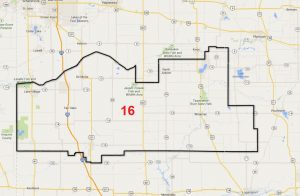