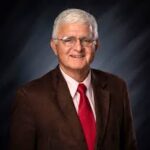 The Wabash River runs through the middle of House District 25, a five-county stretch north and east of Lafayette comprised of big farms and small towns. It’s been represented since 2002 by Don Lehe, owner of 4,000-acre Lehe Farms in White County, one of the few farmers remaining in a state legislature that was once dominated by them. Agriculture is a common theme of Lehe’s legislative career; he spearheaded the efforts that led to the loosening of Indiana’s laws regulating agricultural production of hemp. Stressing that the THC content in hemp is too low for it to be used recreationally, Lehe argued for the benefits of deregulation to Hoosiers in need of its medical applications and particularly to the Indiana farmers who could profit from its cultivation. After introducing hemp-related legislation in four consecutive legislative sessions, Lehe’s efforts culminated in the passage of a Senate bill in 2019 that legalized the commercial production of hemp in Indiana while setting up a regulatory and licensing oversight.

In 2013, Lehe introduced a bill, passed and signed into law, that allowed Indiana to join 29 other states that certify midwives who were not licensed nurses; he said that because so many licensed nurses opt to work in hospital settings, the legislation would make home delivery more available to those who prefer it, a more common preference in rural communities. In 2020, Lehe authored legislation that would have increased fines for the use of illegal pesticides, saying current fines were so low that companies often flout the law and are prepared to pay them as a cost of doing business; his bill would have increased the fine from $250 to $500 for a first offense, $1,000 for a second and $2,500 for a third. Supported by the state chemist’s office and the Indiana Farm Bureau, the bill passed the House  unanimously but encountered resistance in the Senate due to disagreement over the severity of the fines, and finally was deferred to a study group to prepare recommendations for a future year.

Lehe endured some close elections in earlier terms, winning reelection by only 27 votes in 2006. Indiana’s legislative districts were redrawn after the 2010 census, and his winning margins have widened considerably. In 2018, preparing for his third consecutive 2-to-1 win against a Democratic opponent whom the Lafayette Journal & Courier dubbed a “no-show” candidate for his inaccessibility and low-profile effort, Lehe stopped working the polls on Election Day and went home to pressure wash a hog barn. His Democratic opponent in 2020 ran a more visible campaign but wound up with the same result; Lehe won with more than 70% of the vote.– Kevin Morgan 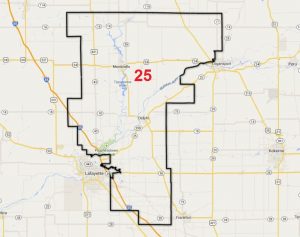