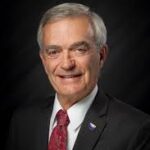 House District 51 extends south from Michigan and west from Ohio across the lakes, small towns and farm fields of northeastern Indiana. It has been represented since 2012 by Dennis “Denny” Zent, a retired dentist from the lake community of Angola and veteran of both the Army and the Air Force. Like more than a few legislators, Zent has made the well-being of veterans a legislative priority. In 2015, he authored the Indiana Servicemember’s Civil Relief Act, passed and signed into law, to strengthen existing federal consumer protections to those in the military while they are deployed; the protections include the suspension or postponement of debt collections, foreclosures, cellphone contracts and court hearings.

In 2019, Zent stood next to Gov. Eric Holcomb as he ceremonially signed into law two bills that he had authored. The first gave priority to military families seeking waivers involving medical care for disabled children, effectively reducing their wait time for services after relocating to Indiana. In a news release, Zent noted that the average military family relocates from six to nine times and often winds up at the bottom of waiting lists with each relocation. The other bill provided for the state Office of Judicial Administration to identify veterans who have been arrested or are otherwise in the court system and to address their needs. “Many veterans deal with post-traumatic stress and may be triggered by certain everyday events that would not normally affect the average person and get in trouble with the law,’’ Zent said. “We should work with these veterans to ensure they have the resources they need to adjust to being home so they don’t get lost or stuck in the legal system without support.’’

A member of the House Public Health Committee, Zent introduced three bills that were signed into law in 2020, all relating to health care matters including the specification of procedures that dental hygienists may perform without a dentist present. Among his other authored bills was one to strengthen the penalties for failing to wear a safety belt and for failing to properly fasten and restrain a child in a motor vehicle; the bill did not make it out of a House committee. He was among House Republicans to vote against an amendment to remove rape and incest as exceptions to the 2022 abortion ban, and voted for the ban with the exceptions intact on its final passage.

As configured since the 1990 census, House District 51 has never elected a Democrat. Zent ran unopposed in 2014 and 2016, and in both 2018 and 2020 he won by 3-to-1 margins over Democrat Michael Stephenson, a crane operator whose campaign emphasized workers’ rights and the repeal of right-to-work laws. – Kevin Morgan 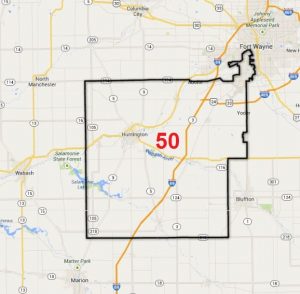