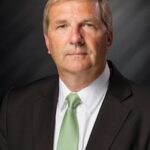 The Indiana General Assembly was once the domain of farmers. In the mid-1800s, they often accounted for more than half of its membership; in 1861, it’s how 90 of the 150 legislators listed their occupation. By the time David “Dave” Heine arrived in 2016, the number was down to five – and, like Heine, most of them had diversified their interests beyond farming. Heine recently had retired as vice president of a national hardware chain based in his hometown, New Haven, in the rural and suburban reaches east of Fort Wayne that comprise House District 85.

In the middle of the past decade, Heine was among a group of new legislators from northeastern Indiana to unseat Republican incumbents in the primary. They usually did so by challenging them from the right as social conservatives. The ideological differences between Heine and his predecessor were not as stark as the others, but his remarks in an interview soon after his election suggested a strong conservative bent, particularly on fiscal matters. In explaining his reluctance to increase teacher pay statewide and his doubts about the portion of the state budget already spent on education, he said, “We’ve been throwing more and more money at education. What are we getting for it?”

He also dismissed concerns expressed among Indiana business leaders that the 2015 Religious Freedom Restoration Act would weaken Indiana’s economic development by making it a less attractive destination for LGBT job seekers, saying that in his role at the Do It Best hardware cooperative, “I never knew of anyone who didn’t want to come and interview because of Indiana’s laws.’’ As a legislator, Heine has kept a low profile, seldom taking the House floor to debate legislation. None of the bills on which he was primary author made it to the governor’s desk in his four sessions in the House, a rare distinction among members of the Republican majority. Heine did not vote and is listed as “excused” on the final tally for some of the key bills of the 2020 session. He was among the majority of House Republicans to buck leadership in an unsuccessful attempt to remove rape and incest as exceptions to the 2022 abortion ban; he supported the ban with exceptions on its final House passage. 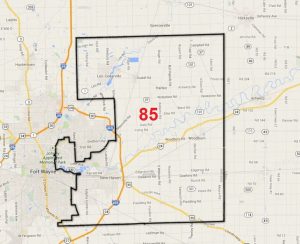