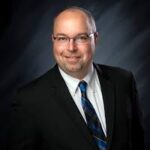 The lake country of north central Indiana has drawn generations of Hoosiers in search of an in-state getaway, often honoring an annual tradition of reuniting at the family cabin or condo. The population of the town of Syracuse on Lake Wawasee increases tenfold in the summer. When the vacationers return home, they leave behind a sparsely settled, rural flatland extending from Nappanee – home of the area’s other tourist attraction, Amish Acres – south to the city of Warsaw. At just under 15,000, Warsaw is the largest city in House District 22 and, thanks to an established orthopedics industry, one of the state’s healthier local economies. It also accounts for most of the district’s racial and ethnic diversity, which is nonetheless among the lowest in the General Assembly.

District 22 is represented by Curt Nisly, a Republican so uncompromising in his fiscal and social conservatism that he is less effective than some in the Democratic minority when it comes to getting his bills passed or even to the floor for a vote. As in his four previous sessions, none of the seven on which Nisly was sole author in 2019 and 2020 – including a ban on all abortions, doing away with licensing requirements for carrying handguns and introducing a “Don’t Tread on Me” license plate – made it out of committee. Even his less controversial proposals, affecting noncontiguous annexation in Kosciusko County or inspection of passenger boats, haven’t advanced.

An episode in 2019 might best exemplify his isolation in his own Republican caucus. During discussion of a firearms bill, Nisly moved from the House floor to introduce an amendment – essentially the text of his dead-on-arrival bill on handgun licensing. However, his motion died for lack of a second, an extremely rare exception in the collegial parliamentarianism of the General Assembly. In 2020, he voted “no” on several of key pieces of the Republican legislative agenda including one raising the age for buying tobacco and vaping products and another making it an infraction to hold a cell phone while driving. He also publicly challenged Gov. Eric Holcomb’s order closing Indiana bars and restaurants in the wake of the coronavirus pandemic in March 2020. On the largely ceremonial Organization Day after the general election, Nisly was one of only two legislators not to wear a face mask as a public health precaution.

In terms of the House hierarchy, Nisly is no further along than when he arrived in 2015 after challenging a more moderate, party-backed incumbent in the primary. He is assigned only to the lowest-profile and least active House committees, chairs none and is not a part of caucus leadership. His district doesn’t seem to mind. A Democrat last represented Kosciusko County in 1931, and Nisly was unopposed in the general election in 2018. He defeated a Democratic opponent by more than 12,000 votes in 2020. – Kevin Morgan 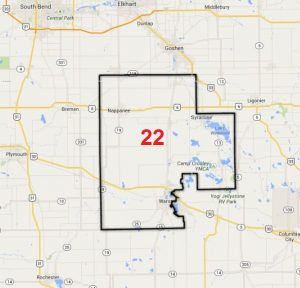